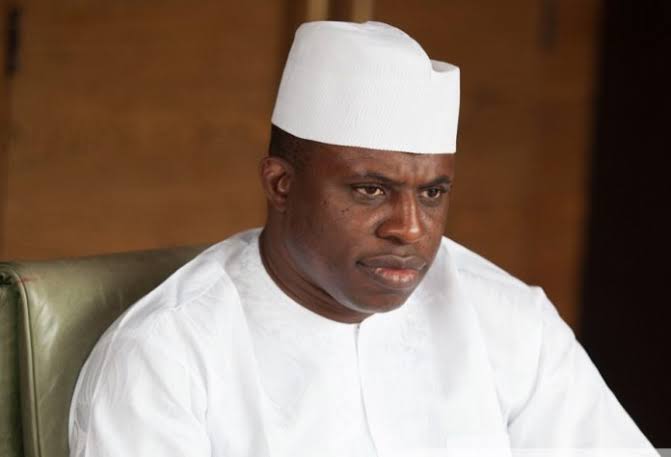 A Federal High Court sitting in Abuja, on Monday discharged and acquitted the former Speaker of the House of Representatives, Dimeji Bankole, and Usman Nafada of allegation of embezzling N38 billion.

Delivering his ruling, the Presiding Judge, Justice Suleiman Belgore said the duo have no case to answer.

The Economic and Financial Crimes Commission (EFCC) had on Monday told the court that Messrs Bankole, and Nafada, are culpable of mismanaging N38 billion and have a case of fraud and criminal breach to answer.

The EFCC’s submission was made in response to an application for a no-case submission filed by Messrs Bankole and Nafada’s counsels on the ground that the EFCC had no sufficient evidence to prosecute their clients.

The first count charge levelled against the former speaker and his then deputy reads: “That you, Dimeji Sabur Bankole and Usman Bayero Nafada, being Principal Officers of the House of Representatives of the Federal Republic of Nigeria, on or about the 12th day of May, 2010, in Abuja, within the jurisdiction of the High Court of the Federal Capital Territory, did agree amongst yourselves to commit a felony, to wit: criminal breach of trust by agreeing to approve the allowances and/or “running costs” of Members of the House of Representatives in violation of the approved Remuneration Package for Political, Public and Judicial Office Holders by the Revenue Mobilization Allocation and Fiscal Commission and the extant Revised Financial Regulations of the Federal Government of Nigeria, 2009 and thereby committed an offence contrary to Section 97(1) of the Penal Code Act, Cap 532, Laws of the Federation of Nigeria (Abuja) 1990 and punishable under Section 315 of the same Penal Code Act”.

Related Topics:Court acquits Bankole and Nafada of N38 billion fraud
Up Next