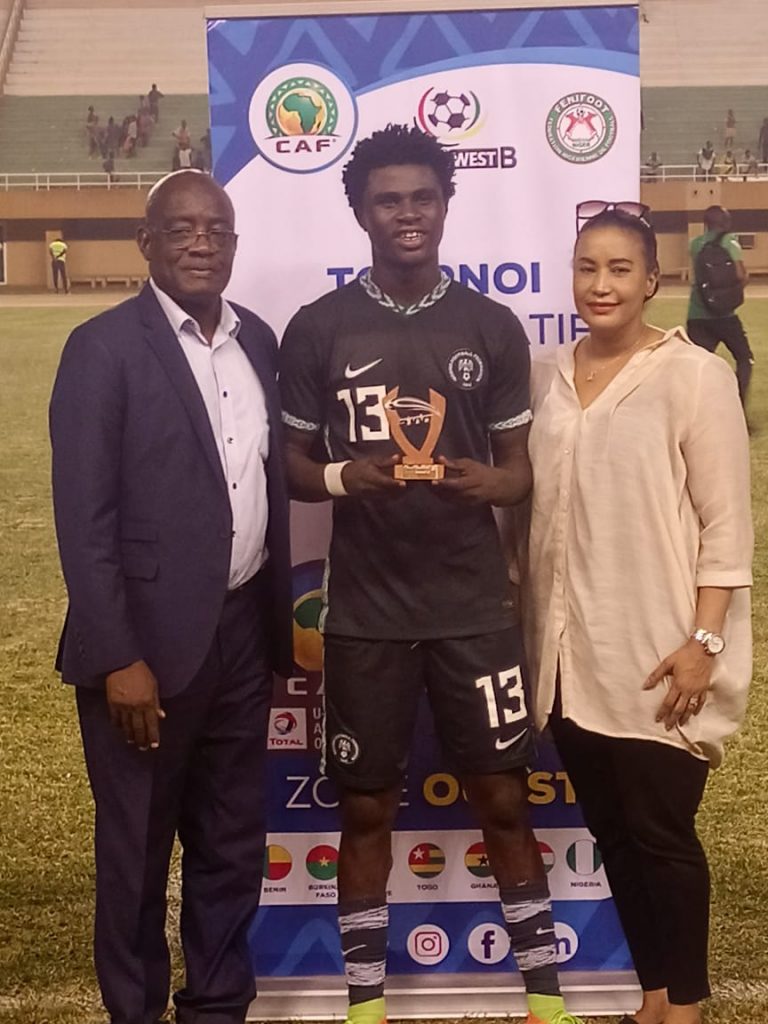 The Nigeria U20 team secured a spot in the final of the WAFU B Championship with a hard earned 2-1 win over Cote d’Ivoire in the second semi final match of the tournament.

Nigeria required extra time to see off their opponent with a penalty in the second half of extra time converted by Ibrahim Yahaya proving to be the difference against a resolute Cote d’Ivoire team.

Man of the match for the second consecutive game Daniel Daga put Nigeria ahead in the opening minutes of the game but with what was virtually the last kick of the game Seydou Traore levelled scores with a well taken free kick.

Guilty of missing several begging chances, the Flying Eagles were forced into extra time and same wastefulness continued in the first half of extra time. They however got respite when Yahaya converted from the spot.

It means they have now qualified for the Africa U20 Cup of Nations which will take place in Egypt next year. The qualification is a step up for coach Ladan Bosso who couldn’t power same team through the qualifiers last time out.

Related Topics:Daga MOTM As Flying Eagles Seal U20 AFCON Spot With Victory Over Cote d’Ivoire In WAFU B Semi Final
Up Next

Spurs slot behind Gelhardt, West Ham in winners and losers, with Burnley and Everton slumping