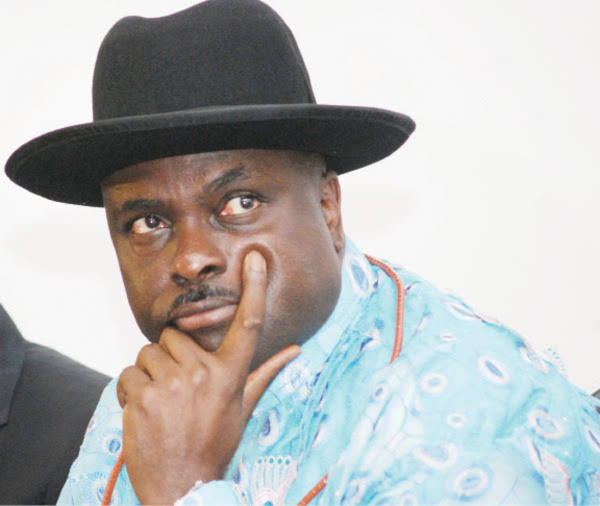 The Delta State government has finally sent representatives to represent her interest in the case involving the recovered James Ibori’s £4.2m loot returned by the United Kingdom government sitting at the Federal High Court, Abuja.

Omirhobo argued in his submission that the returned looted fund should be returned to the treasury of Delta State government hence the fund was looted by James Ibori while he was Governor of Delta State.

The Human Right lawyer said Delta State needs the money to take care of a lot of infrastructural deficits in Delta State cited the repair and rehabilitation of the PTI Warri , Eku , Abraka , Agbor road and the completion of the Ibusa and Isoko Ughelli express road among others.

He stated that at worst if the money is returned and the government decide not to do anything with it, it could share it amongst all Deltans upon verification and identification and be sure every Deltan will go home with nothing less than N250,000,00 each

The suit has been held twice on February 9th, 2022 and March 22nd 2022 without Delta State government which was served notice not sending any representative.

Those following the issue argued that the Delta State Government may not have interest in the case that is why sending its officials to court .

Deltans however heave a sigh of relief when the case came up for hearing for third time with Delta State government representatives present. During the hearing, Delta State Government officials did not file any court processes, neither did it oppose the plaintiff .