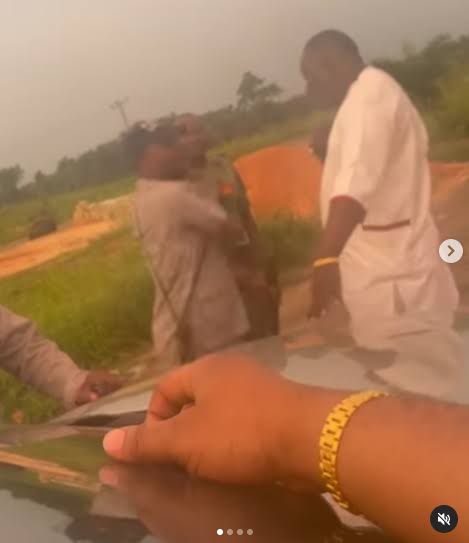 A Special Assistant to Governor Ifeanyi Okowa, Samson Nwachukwu was recently assaulted by an officer of the Nigeria Customs Service (NSC) on Benin/Agbor expressway on Saturday.

Human rights activist, Harrison Gwamnishu, shared the video of the moment the customs officer slapped Mr. Samson Nwachukwu along the Benin/Agbor Expressway on Saturday, April 7, in the presence of his colleague and a military officer.

It was gatehred that Nwachukwu was driving with a friend when he was stopped by two customs officers and a soldier.

An argument ensued between and although it’s currently unclear what caused it, the customs officer proceeded to slap Nwachukwu.