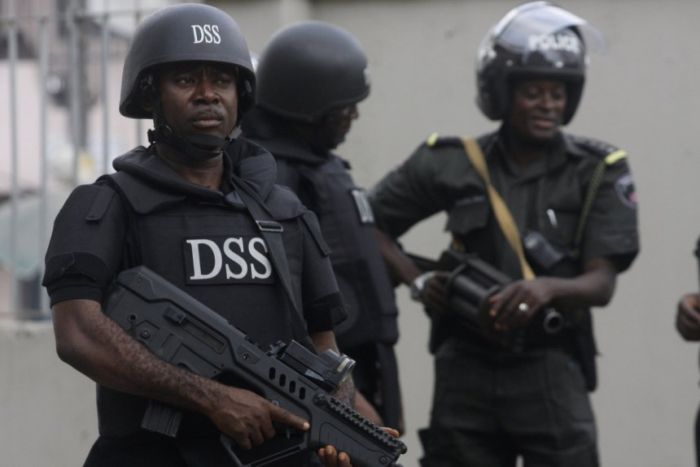 The Department of State Services (DSS) has warned politicians and highly placed personalities against unguarded statements that could derail efforts to deepen Nigeria’s democracy.

Dr Peter Afunanya, the Public Relations Officer of DSS, gave the warning in a statement in Abuja.

He said the warning followed a misleading and mischievous publication in some sections titled,

Afunanya explained that in the said report that the Service was accused of informing participants at its April 6, brainstorming session with CSOs/NGOs that the 2023 general elections might not hold due to insecurity.

He said the report further stated that the session was a ruse to sell tenure elongation to the public.

“The DSS disassociates itself from the publication and categorically states that the information is false and obviously fabricated to malign it and mislead the populace.

“It is curious that the session which was lauded and described as innovative by participants including credible Civil Society groups would be misrepresented,”

Afunanya said the statement by the Presidency, reiterating its stance to hand over power to a new president on May 29, 2023, had vindicated the Service.

He added that the statement had countered the deliberate effort by the report to create confusion.

“While the Service, in the circumstance, aligns with the Presidency, it urges the public to disregard the report,”

Related Topics:DSS Issues Stern Warning To Politicians Ahead Of 2023 Elections
Up Next