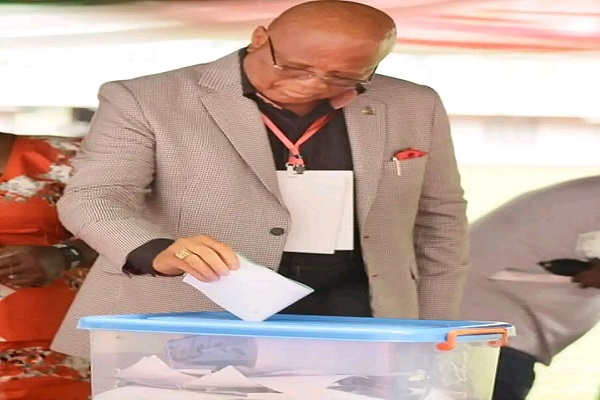 At the primary, which held at the Nest of Champions International Stadium Uyo, Eno scored 993 votes of the 1,018 delegates accredited for the exercise.

Others include Onofiok Luke, who got 3 votes; Umoh Idorenyin James 2 votes and Mr. Ide Owodiong 1 vote. There were two voided votes

Onofiok Luke, Senator Bassey Akpan Albert and Prince Aniekan Etim are among those who boycotted the exercise.

They cited a subsisting court order in suit No. FHC/ABJ/CS/606/22 at the Federal High Court Abuja as the reason for their decision to boycott the primary.

However, when the matter came up yesterday, Counsel to the 2nd – 331st defendants, Uwemedimo Nwoko SAN, argued that the Status Quo Bellum advice by the court was misrepresented by the plaintiffs to mean an order of court to stop the primaries from holding.

The court agreed that it never stopped the primaries of the PDP in its order and urged the Plaintiffs to go ahead with their arguments on the preliminary objections over jurisdiction and locus standi brought by the defendants.

Counsel to Plaintiff Ahmed Raji also appealled for more time to study the preliminary objections filed by the defendants. The defendants raised no objection to his plea, after which the matter was adjourned to Wednesday, 1st of June, 2022 for further hearing.

Some aspirants, who lost the primary have congratulated Pastor Umo Eno for emerging victorious at the primary.

2023: Ikpeazu, Ortom And Other PDP Governors Who Have Clinched Senatorial Tickets