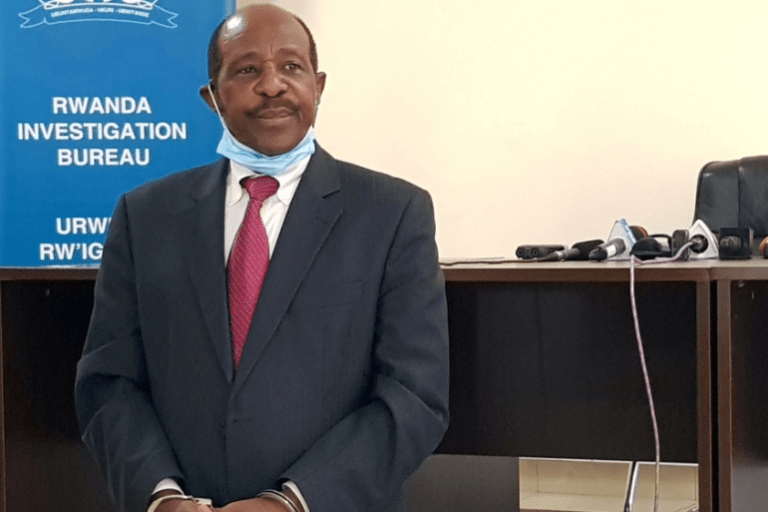 The family of Paul Rusesabagina, hero of the 1994 Rwandan genocide movie, ‘Hotel Rwanda’ has filed a $400million at a United States court.

The lawsuit alleged the Rwandan government of abducting and torturing Mr Rusesabagina.

Paul Kagame, President of Rwanda, and other senior officials in the country including the former head of the nation’s judiciary were named as defendants in the lawsuit.

A statement by the family on Saturday described the government’s move as a conspiracy.

“The complaint alleges that the Government of Rwanda and high-ranking Rwandan officials conspired to facilitate and execute an elaborate plot to lure Paul Rusesabagina from his home in Texas to Rwanda, where he would be tortured and illegally detained,”

“Instead, he was drugged and taken to Rwanda where President Paul Kagame’s security agents forcibly abducted him, tortured him, and forced him into illegal imprisonment,” the family statement revealed.

Recall that Rusesabagina was asked to come to Burundi for work purposes in 2020 but soon found himself in his country, where he had run from over being targeted after government criticisms.

Rusesabagina was charged with terrorism and was served a 25-year imprisonment, a ruling his supporters described as unfair.

According to the AFP, the lawsuit was served Rwanda on the 8th of March, having been filed on the 22nd of February in a Washington DC Court.

Rusesabagina had courted the ire of the Rwandan government over his criticism of Kagame’s highhanded governance.

He was the hero in the Hotel Rwanda movie where he was pictured saving many locals amid the bitter genocide.

Rusesabagina currently holds a Green Passport from the United States.

Related Topics:Family of Hotel Rwanda Hero Rusesabagina Files $400m Against Rwanda
Up Next