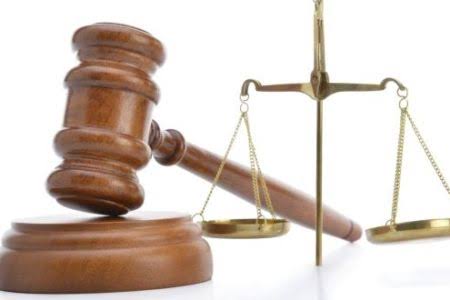 A Lagos Federal High Court has ordered the remand of a forex trader, Aliri Stanley Chidozie, who was brought befor the court for allegedly defrauded his clients of N13, 421,370 million.

Justice Tijjani Ringim who presided over the court, gave the remand order against the forex trader on Wednesday, after he pleaded not guilty to the charges of conspiracy, obtaining by false pretence and stealing, made against him by the men of Police Special Fraud Unit (PSFU), Ikoyi, Lagos.

The prosecutor, Barrister Justine Enang, while arraigning the defendant, told the court that he committed the offences between 2020 and February, 2021.

The prosecutor also told the court that the defendant fraudulenty obtaining the said amount from the dou of Kameel Kajogbade Adebayo and Samuel Osimahon, with false pretence that the money will be invested in oil and gas and forex.

He further told the court that upon receiving the money from the defrauded investors, the defendants diverted and used same for his personal purposes and failed to refund the victims.

The forex trader however pleaded not guilty to the allegations.

With his plea, his counsel, M. O. Daodu, told the court that he was just briefed of the matter, hence he was unable to file necessary processes for his bail. He however orally apply for his client’s bail, citing sections of Administration of Criminal Justice Act, 2015 and 1999 Nigeria’s Constitution.

In response, the prosecutor, while admitting that bail is at court’s discretion. However, told the court that the defendant once jumped administrative bail granted him by the police. Adding that it took hard time and several efforts to get him rearrested.

He consequently urged the court to refuse the application and order accelerated hearing.

Ruling on the counsel submissions, Justice Ringim held that the defendant failed to place material facts that will sway the Court’s mind to grant the application.

The judge therefore ordered that the defendant be remanded in the custody of the Nigerian Correctional Services (NCoS), while adjourned the matter till July 7, for commencement of trial.

Related Topics:Forex Trader Remanded In Prison For Alleged N13.4m Fraud
Up Next

Katsina to rebuild village with N100m