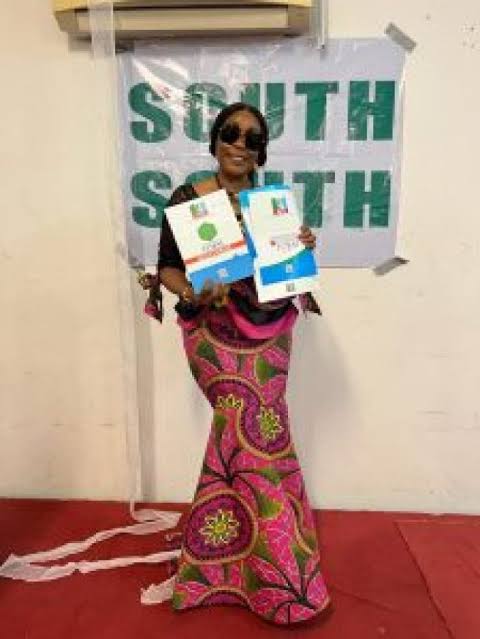 Mrs Julie Okah-Donli, a former Director-General, National Agency for Prohibition of Trafficking in Persons (NAPTIP), has picked the All Progressives Congress (APC) Expression of Interest Form to contest in the forthcoming senatorial primary election in Bayelsa.

She aspires to represent Bayelsa Central Senatorial District. Speaking with newsmen shortly after obtaining the form at the International Conference Center, Abuja, Okah-Donli said she had what it would take to represent the district.The former NAPTIP D-G tagged her campaign:

” It is Time to Move”, assuring the senatorial district and the entire Bayelsa that she would work hard. She also promised to be selfless and committed. The News Agency of Nigeria (NAN) reports that Okah-Donli was received by APC members and other supporters. She commended them for love and solidarity. She said that her decision to contest in the election was divine and aimed to improve the lives of of the people of Bayelsa Central. (NAN)