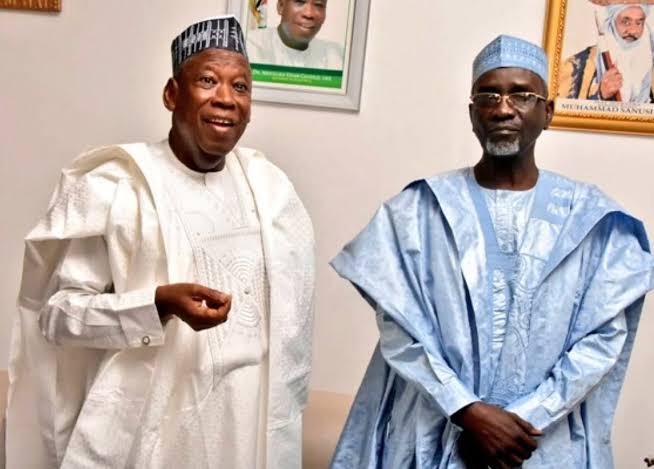 Ganduje’s visit is coming amidst reported Shekarau’s plan to dump the All Progressives Congress for the New Nigeria People’s Party on Saturday.

According to Tracknews , the former Governor of Kano State has concluded plans to announce his defection from the ruling party due to the crisis rocking the state chapter of the party.

It was gathered that Governor Ganduje and his predecessor had a closed-door meeting at Shekarau’s home late Friday.

While the aim of the meeting had not been disclosed, sources claimed that Ganduje visited the former Governor to forestall his planned decamping to NNPP.

NNPP which is led by another former governor of the state, Rabiu Musa Kwankwaso is hoping to have Shekarau in the party on Saturday.

The source said, “He just left. They went inside and discussed, but nobody can tell what they really talked about.”

Kwankwaso arrived in Kano on Friday as part of the plan to receive Shekarau into the NNPP fold.

Related Topics:Ganduje Storms Shekarau’s Residence ‘To Stop Defection’
Up Next

With me as President, Nigeria will conquer banditry – Tinubu