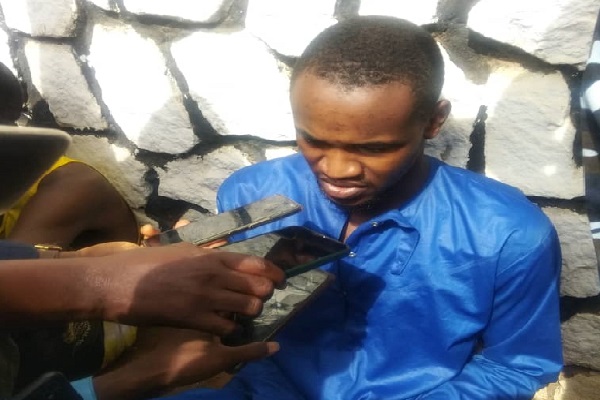 A suspected cult member, Tijani Olagunju, has confessed to have killed three rival cult members to get promotion to the number two position of the group in Ilorin zone.

Tijani, a member of the Eiye Confraternity, said he killed them with the pistol of his late Army Captain father AbdulAzeez Olagunju.

He added he was chosen by his gang members to be the executioner of rival cult members in superiority brawls.

The suspect told our correspondent in Ilorin on the sidelines of his parade by Kwara Police Command.

Tijani also revealed that he dropped out of the University of Ilorin (Ilorin), adding that he joined the cult gang in 2019.

He added that the accompanying benefits of being number two person in the zone include food, drinks, women and money.

According to him: “My gang members picked me as their hitman (executioner) to accelerate my rise to the number two position in the Ilorin zone.”

Parading Tijani, Command spokesman Ajayi Okasanmi, said the auapect was arrested for belonging to a gang of thieves and cult gang.

Okasanmi added that “the suspect during one of the cult’s escapades, himself and the other suspects at large, armed with one English Pistol and a locally fabricated pistol went and attacked and killed one Ismaila Alabi a.k.a Abbey, a barber at his barbing shop in Agbooba area of Ilorin on 21st of April.

“Tijani further confessed that sometime in February 2021 he also shot and killed one Emmanuel, a student of Human kinetic Education, University of Ilorin, in a bid to fast track his ascension to the top position in his cult group. Upon enquiry as to the source of his weapons, he confirmed that he took possession of his late father’s pistol, a retired army captain which he used in the killings he participated .
“The pistol according to him is currently with a member of the eiye cult group presently at large. Investigation into the matter is ongoing for possible arrest and prosecution of the suspects.”

Related Topics:I killed three persons to get promotionsays cult member
Up Next