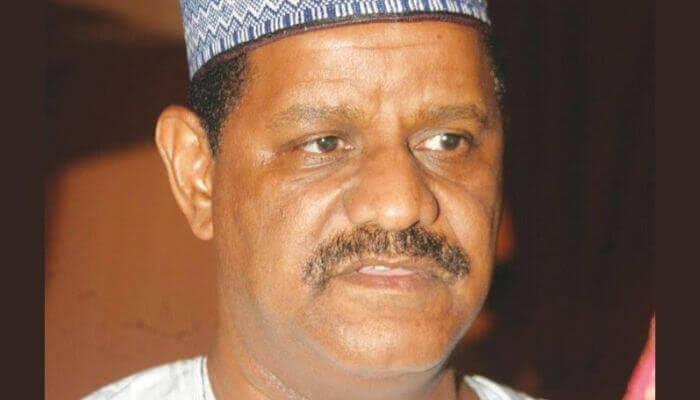 “I had to contend with dealing at that time with the military governors of the19 states, including major generals and brigadiers.”

PDP presidential aspirant Mohammed Hayatudeen has pledged to reform governance and restore hope to Nigerians, if elected president in 2023.

Mr Hayatudeen, while meeting with the PDP House of Representatives caucus in Abuja, said if elected president, he would make Nigeria enjoy substantial economic growth through sustainable reforms and engagement of intellectuals.

“With my motivation, my background experience, and as somebody with a proven track record of transformation, I will go in and unlock that switch, turn it on again, and take this country to the stratosphere,” said Mr Hayatudeen. “Nigerians are phenomenal people. The entrepreneurial energy that flows through the veins of Nigeria, is unparalleled.”

He added, “I can only compare it to the United States because the human intelligence in this country is unbelievable. But there are barriers that are holding us back. I will roll back the frontiers of government and give expression and hope to the Nigerian private sector, represented by small, medium, large scale industries, to actually come in and play the rightful part by incentivising them and removing all manners of obstacles.”

He said with sufficient checks and balances, Nigeria could be made one of the greatest nations in the world.

Mr Hayatudeen said he was being driven by the desire to tackle the root causes of Nigeria’s economic challenges and insecurity.

The presidential aspirant, who claimed he became the GMD and CEO of the New Nigeria Development Company, a portfolio of 145 companies, at age 30, said he had the requisite experience to successfully rule Nigeria.

Mr Hayatudeen also declared that though some might consider him a political neophyte, politics had been part of him.

“NNDC was actually a public institution, owned by the 19 northern governors and I had to contend with dealing at that time with the military governors of the19 states, including major generals and brigadiers,” he stressed. “Each of them had placed a compelling set of demands and pressures on my shoulders and our management. We had to navigate those waters to ensure that we are able to make everybody happy, while at the same time not stalling the progress of the corporation.”

Mr Hayatudeen added that he had been prepared for leadership because he was saddled with both the private sector, civil society space and the public space.

“Also, I am one of the key founding members of the Nigerian Economic Summit Group (NESG), the foremost private economic think-tank that was established in 1992,” he pointed out. “The group was set up to foster sustainable long term economic development of this country by bringing both the public sector, civil society and the private sector together to unleash reforms to coincide with the period of globalisation.”

Related Topics:I was CEO of 145 companies; elect me as president: Hayatudeen
Up Next