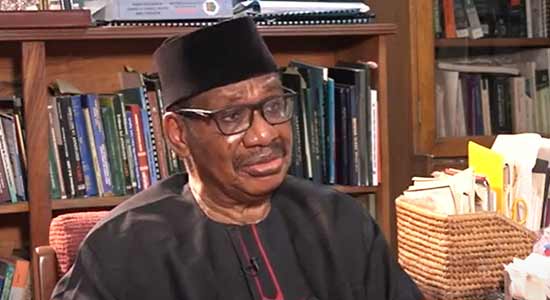 Constitutional Lawyer and Chairman of the Presidential Advisory Committee Against Corruption (PACAC), Chief Itse Sagay, says the process of choosing a Presidential candidate for the ruling All Progressives Congress (APC) is becoming a “theatre of the absurd.”

Sagay also said he was shocked by the decision of the Central Bank of Nigeria (CBN) Governor, Mr. Godwin Emefiele, to join the race for the APC Presidential ticket.

According to him, he is convinced that the CBN Governor cannot emerge as the party’s candidate.

He however said Emefiele has not breached any law for joining the race.

The lawyer said with the multitude of aspirants that have so far indicated interest, it appears there is a plot by some people to perpetuate themselves in power.

Asked whether the CBN governor needed to resign, he said, “There is a court judgement which has not been overturned that says you don’t have to resign until 30 days before an election. Until that is overturned, that is the law that governs that situation for now.

“But more importantly I’m just shocked that the Central Bank Governor wants to contest. The whole APC nomination process is being turned into a theatre of the absurd.

“So it’s either those Northern plotters come in now or they want to create a situation in which somebody would come in for four years so that those behind the plot can now come in.”

2023: Sack Emefiele If He Fails To Resign – Akeredolu Tells Buhari