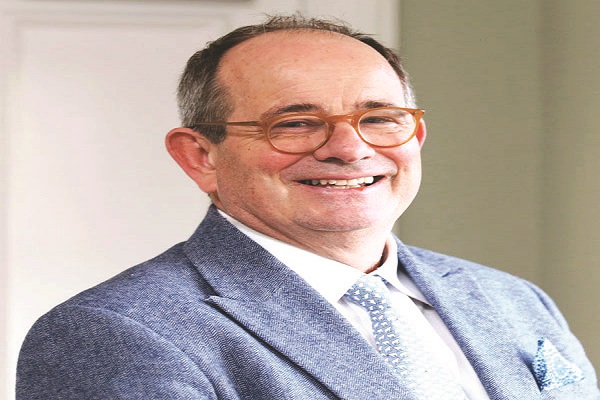 Vice Chancellor of Buckingham University, United Kingdom, Prof. James Tooley, is set to prove or disprove his hypothesis that the figure of 10.5 million children out-of-school in Nigeria is over-estimated. He said he had secured funding to conduct studies in northern and eastern Nigeria on the matter. Assistant Editor BOLA OLAJUWON reports.

Many Nigerian top politicians and education administrators were worried when the United Nations Children Fund (UNICEF) said 10.5 million children were out of school in Nigeria – the highest rate in the world. The UNICEF Representative in Nigeria, Peter Hawkins, who stated this in a statement while commemorating the International Day of Education, commended the Nigerian government for the pledge to increase the annual domestic education expenditure in the country by 50 per cent over the next two years, and by 100 per cent by 2025.

However, Hawkins said even though primary education is officially free and compulsory, about 10.5 million of the country’s children aged 5-14 years are not in school. Only 61 percent of 6-11 year-olds regularly attend primary school and only 35.6 percent of children aged 36-59 months receive early childhood education.

“In the North of the country, the picture is even bleaker, with a net attendance rate of 53 percent. Getting out-of-school children back into education poses a massive challenge,” UNICEF said.

Among those who were worried about the figure was the Speaker of the House of Representatives, Femi Gbajabiamila. He described the reports as worrisome.

But, Vice Chancellor of Buckingham University United Kingdom, Prof. James Tooley, has hypothesised that Nigeria’s out-of- school figure is not as high as touted by various agencies and he is set to prove it.

Tooley said the figure is not likely accurate based on previous research he had conducted in Lagos.

Speaking at a roundtable with the theme: Out of school children: Who Should Do What, organised by the Global School Forum (GSF) in conjunction with the Association for Formidable Educational Development (AFED) in Abuja, the Professor of Education Policy and Research said many of the children not accounted for in public and recognised private primary schools could be found in low-cost private schools serving the poor.

According to him, he is set to prove or disprove his hypothesis in a study he said he had got funding to conduct in northern and eastern Nigeria.

“There is lot of data out there that suggests Nigeria has a really big problem. It is said that Nigeria has the largest number of out-of-school children in the world. I am not sure it is true. The statistics are based on number of returns to government from registered schools without considering children in low cost private schools,” he said.

Tooley said he was confident the study would yield similar results to the one he did in Lagos about 22 years ago that showed that many of the 30- 35 per cent of children not attending school in Lagos back then were in low cost private schools. He said that study reduced the number of out-of-school children in Lagos to four to five per cent.

“Twenty-two years ago, it was said that 30-35 per cent of children in Lagos State were out of school. The more I went into the poor areas of Lagos, I could not see out-of-school children; I saw hundreds of children in unregistered schools.

“The official figure of out-of-school children for the North and the East is very high. But it was the same situation when I visited Sokoto. As I went into the poorer areas is Sokoto, there are many low-cost private schools in these communities. And there are more girls attending these schools than boys.

“We want to find out for sure. I may be wrong; it is a hypothesis but the situation in Sokoto seems to be the same as Lagos,” he said.

Even if his hypothesis is disproved, Tooley said the government could tackle the out-of-school crisis by recognising low cost private education as an avenue to mop up children not attending school, especially as research had also shown that learning takes place in such school more than public-funded schools.

Tooley said the phenomenon of the poor patronising low-cost private schools for their wards was not limited to Nigeria, but was the case in Ghana, Kenya, India, Pakistan and other countries as well.

“It is not just happening in Lagos. It is the same in Kampala, Pakistan, India, and Accra – all over the global south. There are many other studies after mine that have looked at this phenomenon. Poor parents can spend 10 per cent of their total income on school fees for the whole family and there are low-cost schools serving these families,” he said.

President of AFED Mr. Orji Emmanuel urged governments to recognise the role that low cost private schools play rather than demonise them. He said they should be regarded as a homegrown solution to a local problem.

“We believe that government cannot do it alone but non-state actors cannot do anything without government support. We have been able to achieve something meaningful in Lagos, Ogun, Rivers and Osun because the government gave us a chance,” he said of low-cost private schools under AFED.

He added: “Fresh graduates can be trained to start low-cost schools instead of searching for jobs. It can be seen as a Nigerian solution to address the out-of-school children problem.”

Orji reiterated that AFED would not stop its drive to drastically reduce the number of out-of-school children, using the medium to invite major players to be a part of the association’s third African Education Conference holding from June 15 to 16 in Abuja.

He said the conference was part of efforts to keep the cause of reducing the out-of-school children in Nigeria on the front-burner.

Nasarawa State Education Commissioner, Hajiya Fatu Sabo urged Prof. Tooley to choose her state as one of those to be studied in northern Nigeria, promising the Governor Abdullahi Sule-led administration’s cooperation to make the study a success.

Impact and Innovation Manager for GSF, Habib Kolade said the foundation was ready to contribute its quota to addressing the problems of out-of-school children in Nigeria.