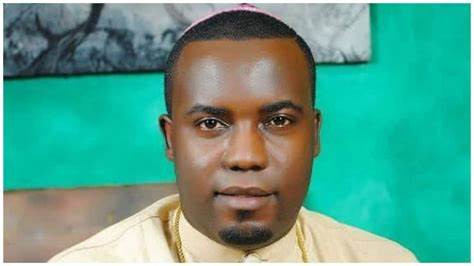 The Edo state Police command has arrested a popular prophet in the state over a fake prophecy.

Prophet Benson Nosakhare was picked by police officers for allegedly defrauding members of the public with fake prophecies.

Nosakhare was arrested after one of his victims, Mr. Osamudiamen Thompson, petitioned the Commissioner of Police, Edo State, alleging that he was hypnotized and his car collected by the suspect.

Thompson, who claimed he was hypnotized, said he gifted the ‘prophet’ his car after he told him he saw him in a vision where he had an accident with his Lexus ES 350 car.

The victim further claimed that after he came back to his senses, he noticed that the prophet had already changed the color of the car from gold to black and was already using it.

“The operatives of Edo State Police Command on 03/05/2022 arrested a fraudster masquerading as prophet Benson Nosakhare ‘M’ who prey on gullible members of the public through the use of false prophecy and divine pronouncements.

Related Topics:JUST IN: Police arrests Popular Prophet over Fake Prophecy
Up Next