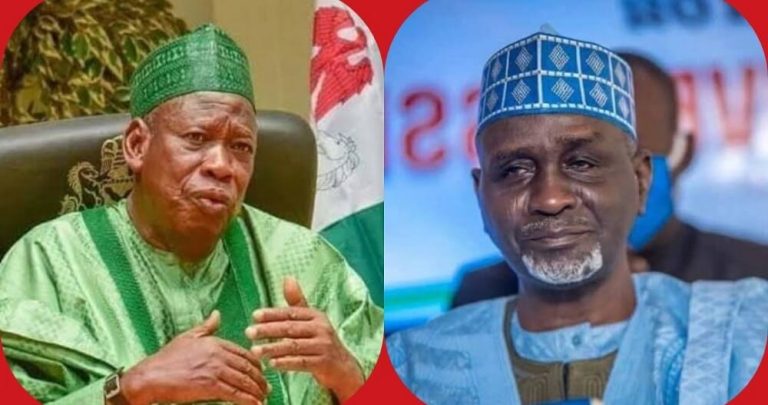 The Governor of Kano State, Abdullahi Ganduje and his predecessor, Ibrahim Shekarau has been summoned by the Presidency over the crisis in the Kano State chapter of the All Progressives Congress.

According to Tracknews , a source revealed that the presidency on Friday night dispatch a jet from Abuja to Kano to convey Ganduje and Shekarau for an emergency meeting towards resolving the crisis.

The meeting is part of the plan of the presidency to forestall Shekarau’s plan to dump the APC for the New Nigeria People’s Party (NNPP).

Shekarau was expected to formally join the party led by another former governor of Kano, Rabiu Musa Kwankwaso on Saturday.

Ganduje, however, visited the lawmaker representing Kano Central senatorial district at his Mudunbawa Kano residence on Friday in an attempt to stop the planned decamping.

It was gathered that Ganduja and Shekarau after the closed-door meeting started making arrangements to jet off to Abuja.

Related Topics:Just In: Presidency Summons GandujeShekarau Over APC Crisis
Up Next