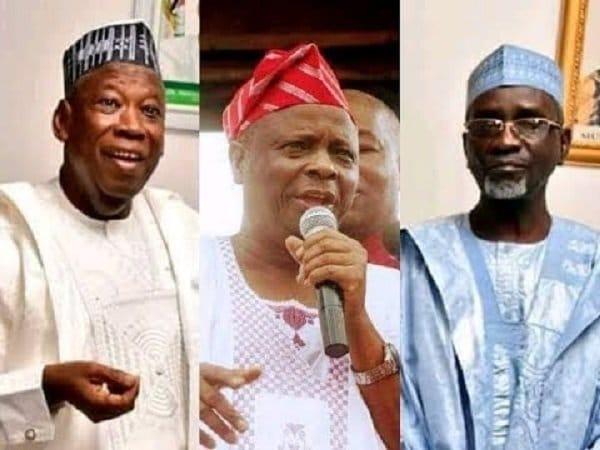 TrackNews reports that Shekarau had concluded plans to defect to the Senator Rabiu Musa Kwankwaso-led New Nigeria Peoples Party (NNPP) before a visit by Governor Abdullahi Ganduje forced a temporary halt to the move.

Speaking to newsmen on Saturday, Shekarau’s spokesperson, Sule Ya’u Sule said the defection and declaration has been suspended from “today Saturday but is due to take place on Monday”.

He however refused to disclose why the event was suspended a few hours to the earlier announced time.

Earlier, the Director Social Media to the lawmaker, Ismaila Lamido issued an announcement that the event has been suspended.

“The event organised to take place on Saturday at Ibrahim Shekarau’s residence has been suspended and a new date will be announced soon.

“There are important arrangements that need to be completed by the state elders that include Rabiu Kwankwaso and Ibrahim Shekarau before a new date is announced” Lamido stated.

Related Topics:Kano: After Ganduje’s VisitShekarau ‘Halts’ Planned Defection To Kwankwaso’s NNPP
Up Next

APC fixes May 23 for screening of presidential aspirants