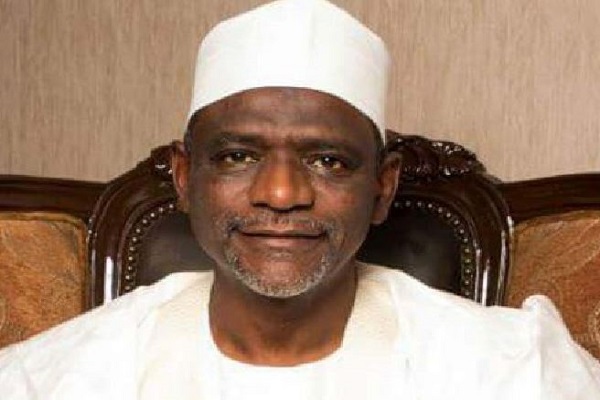 There is a power tussle between Bauchi South and Bauchi North (Katagum) over the All Progressives Congress (APC) governorship ticket. The Katagum region is hell-bent on producing the next governor because it is yet to be given a chance in the last 23 years. DAVID ADENUGA reports

There is growing disquiet in the All Progressives Congress (APC) in Bauchi over the zone that would get the ticket to represent the party in next year’s governorship election. The party may be faced with an uphill task, looking at the calibre of the candidates that have shown interest across the three senatorial zones. The party is seeking to return to power, following its shocking defeat in the last general elections by the Peoples’ Democratic Party (PDP),

Some of the candidates Bauchi North that have shown interest in the race are former Chief of Air Staff Sadique Abubakar (Katagum), Captain Bala Jibrin (Katagum), Dr. Musa Babayo (Katagum), Faruk Mustapha (Katagum), former Deputy Governor Audu Sule Katagum and Ambassador Yusuf Tuggar (Gamawa). According to pundits, Sadique is capable of giving the PDP a good run for its money, but he seems not to have a good relationship with party members; a development which might make things difficult for him at the primary.

Tuggar has been the Nigerian Ambassador to Germany from 2017 till date. In 2015, he was an APC governorship aspirant. Before then, he was a member of the House of Representatives representing Gamawa (from 2007 to 2011). He was the governorship candidate of the defunct Congress for Progressive Change (CPC) in 2011. The ambassador has been locked in a battle of supremacy with the Minister of Education, Adamu Adamu over the control of the party structures.

Babayo, widely referred to as Talban, is a former chairman of The Tertiary Education Fund (TETfund). The banker-turned politician hails from Azare and was a member of PDP before joining the APC in October 2015.

The aspirants from Bauchi Central are Haliru Dauda Jika and Nura Manu Soro, a former Commissioner of Finance in the present administration who resigned barely 36 days after he was appointed and sworn in.

Jika is the senator representing Bauchi Central. He was a Speaker of the Bauchi State House of Assembly and a two-term member of the House of Representatives representing the Drazo/Ganjuwa Federal Constituency between 2007 and 2015.

The immediate past Governor Muhammed Abubakar is one of the aspirants that have shown interest in Bauchi South. He lost his re-election with a narrow margin to the incumbent governor in 2019. Others are Sen. Lawal Gumau who represents Bauchi South at the Senate; Al’ameen Sani Muhammad who recently threw his hat in the ring; and Mahmood Maigama, a former Secretary to the State Government (SSG) and one-time Commissioner of Finance under former Governor Isa Yuguda.

Bauchi South has dominated the governorship in the last 23 years; taking advantage of its population and the number of local government areas. All the governors since 1999 on the platform of both the PDP and the APC are from the region. They include Ahmadu Adamu Muazu (PDP), Isa Yuguda (APC), Mohammed Abubakar (APC), and the incumbent Governor Bala Mohammed (PDP).

The bone of contention is that the people of the northern zone, comprising Misau, Jama’re and Katagum Emirate Councils are not happy with the fact that the only time the region produced a governor was 43 years ago when Abubakar Tatari Ali became the first civilian governor between 1979 and 1983. But, his tenure was thwarted by the military coup on December 31, 1983, which brought General Muhammadu Buhari to power as a military dictator.

The Katagum people had capitalized on last year’s constitutional review to renew their long-standing request for the creation of Katagum State out of the present-day Bauchi State. The region has continued to gain sympathy from analysts who believe that they have been marginalized for too long.

Najib Sani, a political analyst, said on fairgrounds that Bauchi North should be allowed to produce the next governor so they will have a sense of belonging in the state. He said: “From 1999 to date, Bauchi South has been holding the position of governor. Ahmed Muazu, Isa Yuguda, Mohammed Abubakar, and Bala Mohammed all hail from Bauchi South. Just at the federal level, I support power rotation. Though it is unconstitutional, it promotes unity and peace among the citizens.

“Having said this, one of these candidates from the APC, Dr. Musa Babayo, Sadique Abubakar, Faruk Mustapha, or Ambassador Yusuf Tuggar should be given the APC governorship ticket to pacify people from Bauchi North. It is political domination that is causing the division among Nigerians, even at the national level.”

Sources in the APC believe the Minister of Education, Mallam Adamu Adamu who is from Katagum may use his position to influence the emergence of a candidate from the region. One of such sources said: “Mallam Adamu is the leader of the party in Bauchi State. I hope you know that he can single-handedly select the party chairman.

“I was discussing with someone close to the minister who said he may be considering former Deputy Governor Audu Sule Katagum who served under the immediate past administration for the party’s ticket. I learnt that his other interest is the former Chief of Air Staff, Air Vice Marshal Sadique Abubakar, but I don’t think that will go down well with other stakeholders in the party because Sadique is not that popular among the people due to his military ideology.”

The source added that only disunity among the people of Katagum would rob them of the opportunity of producing the next governor because they have the highest number of aspirants so far, compared to Bauchi South and Bauchi Central.

He said: “But, the lack of unity among the aspirants from Katagum might rob them of the ticket. For instance, out of the nine aspirants on the platform of the APC, three of them are related. Farouk Mustapha, Captain Bala Jibrin, and Musa Babayo are related. Even if the APC decides to zone the ticket to Bauchi North, they won’t support themselves.

“They have intellectuals and technocrats, but disunity is what is affecting them. The two ministers that emerged from the region are a result of the president’s relationship with the Education Minister and the late father of Maryam Katagum. Maybe they may change the narrative this time around.”

The source said the controversy in the APC would be an advantage for Governor Bala Mohammed who is yet to indicate interest in running for a second term; he has purchased the PDP presidential nomination form. He added: “It will be difficult for the APC to defeat the governor who has all the mechanisms at his disposal to fight them.

“The Bauchi versus Katagum race has over the years remained the litmus test and a yardstick for electing persons to govern one of the most complex and populated states in Nigeria, Bauchi State. The Bauchi/Katagum power tussle is a cold silent war and a deciding factor that has so far thwarted the lofty dreams of the founding fathers of the state.

“The next generation will not forgive the present leaders, stakeholders, and unpatriotic citizens of the state who have prevented Bauchi Central and Bauchi North from producing a governor. The late Abubakar Tatari Ali is the only person from the zone that has so far governed the state, but that was in the late 70s.”

Another source said Bauchi North may eventually not get the ticket they are in the minority. He added: “They’re believed to be highly discriminatory and tend to favour only their people. You know Bauchi South deserves the ticket because it has always been the deciding factor due to the high number of votes it can produce during elections because of its high population, especially Toro, Alkaheri, and Bauchi Local Governments. But, Katagum politicians are hell-bent on producing the next governor. They are so determined that they want to use the minister’s influence to achieve their dream.”

However, he added that there are people within the party who are not happy with the minister because he has been accused of using favouritism as he gives employment to only his people. He said: “Another grouse some members of the party have with the minister is the citing of the Federal University in Azare, his hometown. I don’t see why the APC will make that mistake of zoning the ticket to Bauchi North; if it does so, it will lose the election.”

However, when contacted, the spokesman of the APC, Adamu Jalla said the ticket has been thrown open and that there is a level-playing ground for every candidate. He said there is nothing like zoning in Bauchi politics.

Related Topics:Bauchi South battle for APC governorship ticketKatagum
Up Next

I have not parted ways with Fayose, says former Ekiti SSG