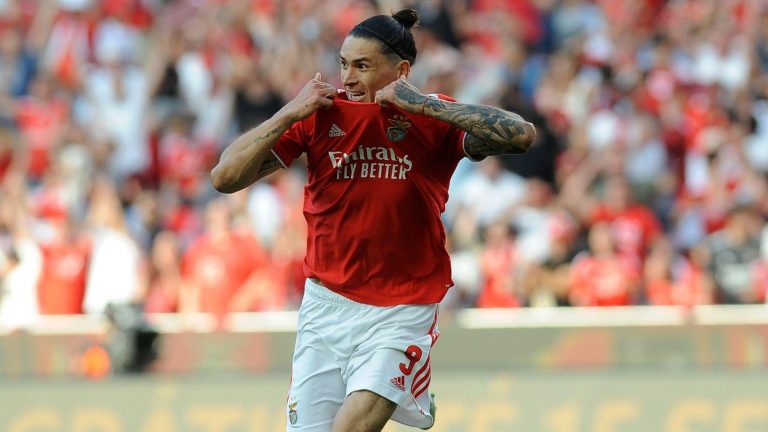 According to reports, Man Utd need to put in an offer of £68m for Darwin Nunez to tempt Benfica to ‘open negotiations’ for the striker.

The forward has netted 48 goals from his 85 appearances for the Portuguese side. That includes 34 in 41 outings this term.

Respected journalist Fabrizio Romano has stated that the striker is ‘ready to leave’ Benfica amid interest from Man Utd.

He is reporting that a bid of around £68m ‘is needed to open negotiations with Benfica’:

“It will depend on the price because, for example, in January on deadline day, West Ham made a proposal of €45m (£39m) and it was turned down because Benfica wanted €55m (£47m),” Romano told the Wondergoal podcast.

“He now has a new agent that is really close to Jorge Mendes so it’s gonna change the future of the player.

“So, everything is absolutely open but I’m sure Darwin will be ready to leave Benfica in the summer and make a big move in the summer.”

Elsewhere, Erik ten Hag has opened up on his “difficult” Ajax exit and he has been praised by Man Utd legend Edwin van der Sar.

“At some point, that feeling [sadness] does come into play, indeed,” Ten Hag stated.

“It is also difficult because I have worked with so many fantastic people here, especially the players. But there is also a time to go.”

Edwin van der Sar has been Ajax’s chief executive since the end of 2016. He believes Ten Hag “surpassed all expectations” during his time at Ajax:

“Erik… sometimes I thought ‘you are a weird man’. But you surpassed all expectations. Dominant football, semi-final Champions League, and league titles,” Van Der Sar said.

“You will leave for a club that is close to my heart. I wish you all the best there. Thank you, Erik ten Hag!”

Related Topics:Man Utd told £68m is needed to ‘open negotiations’ for striker Red Devils are ‘counting on’
Up Next