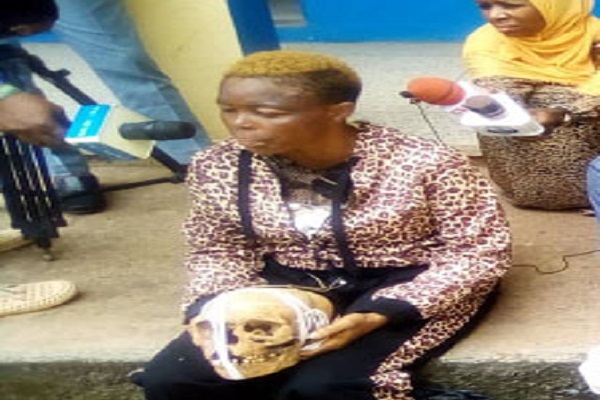 A remorseful mother of four, Josephine Adun, has been arrested with a human skull in Benin, Edo State.

Adun, a divorcee, spoke when she was paraded by police yesterday alongside 16 other suspects.

She said: “I want to use this medium to advise other women not to sell human parts to anybody, no matter how much the person promises to give. I have learnt my lessons.”

One Goodluck Charity sought to buy a human skull from her, which she sold to him for N40,000, having bought it for N8,000 from someone else, she said.

Adun said Goodluck Charity gave her extra N5,000 for a job well done, adding that while she sold the skull in February, she was arrested this month.

Charity said a herbalist asked her to get the skull for money ritual.

Edo Police Commissioner, Abutu Yaro, said that criminals will not be allowed to take over the state.

Related Topics:Mother of four arrested with human skull in Edo
Up Next

We Conspired, Killed Terungwa Stephanie To Separate Her From Lover – Suspects Confesses