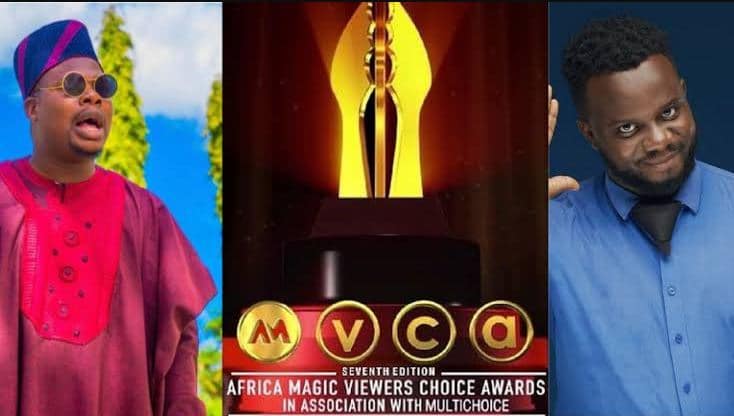 TrackNews had earlier reported that Sabinus was declared the winner in the category of the online content creators at the 8th Edition of the Africa Magic viewers Choice Awards.

Mr Macoroni while reacting to Sabinus’ victory at the just concluded award night said it is very well deserved.

According to Mr Macoroni, Sabinus has brought joy and laughter to the faces of millions including his.

He further stated that he has had the pleasure of featuring him in about three of his contest.

The content creator pleaded with his fans and followers who are not pleased with Sabinus winning the award, not to ruin this beautiful moment.

“He has brought joy and laughter to the faces of millions including mine. I have also had the pleasure of featuring him in about 3 of my contents. I share in his win.

“Please let us not ruin this beautiful moment.”

Related Topics:Mr Macaroni Speaks On Sabinus’ Victory At AMVCA
Up Next

Deborah Samuel’s killer in viral video is from Niger Republic; we can’t find him in Sokoto: Police Source