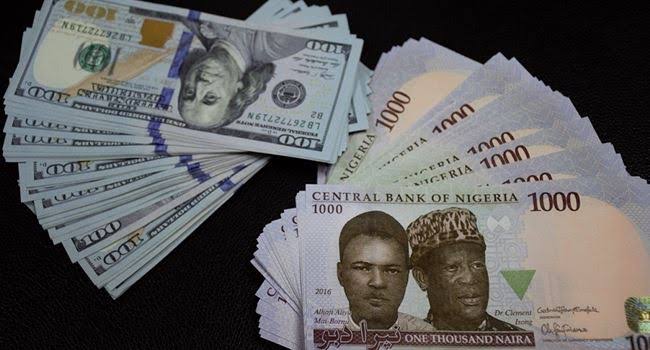 The naira yesterday dropped to N589 against the dollar at the parallel market.

The figure represents N1 or 0.2 per cent depreciation compared to the N588 it traded last two weeks.

The traders said demand for the greenback was low yesterday.

“People have not really resumed. It may be because of the holiday. Most of the shops are locked. People are not buying, the demand is low, but dollar is now scarce,” Alhaji Musa was quoted to have said.

A parallel market (street market) is characterised by noncompliant behaviour with an institutional set of rules.

The Central Bank of Nigeria (CBN) has often maintained that the parallel market is not the true reflection of the naira.

At the official market, checks by TheCable showed that the local currency closed at N419 per dollar at the end of the last trading day (Friday, April 29), according to FMDQ OTC Securities Exchange, a platform that oversees foreign-exchange trading in Nigeria.

The naira was quoted as high as N444 per dollar during the intra-day trading.

Yetersday, the US Federal Reserve is expected to raise interest rates by a half-percentage point to battle the country’s worst inflation in 40 years.

In March, the Fed hiked its benchmark borrowing rate for the first time since late 2018, upping it by a quarter-percentage-point.

The rate hike may significantly affect Nigeria and other emerging markets of the world. It may increase the cost of foreign borrowing, force foreign investors to pull out their funds, causing further depreciation of the naira.

Related Topics:Naira hits N589/$1 at parallel market
Up Next

MTN, Mafab get NCC’s approval to roll out 5G

‘No fire around TB Joshua’s tomb’