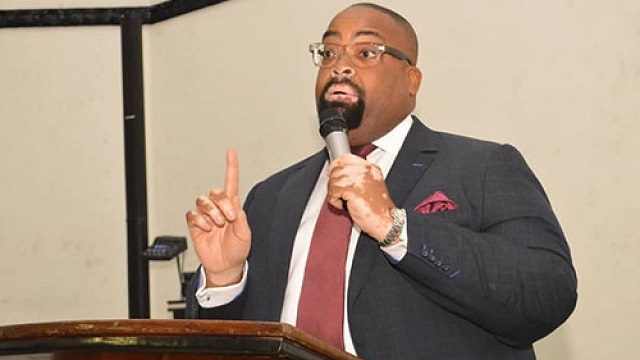 THROUGH its Section on Public Interest and Development Law (NBA-SPIDEL), the Nigerian Bar Association has condemned the attempt by the National Assembly to criminalise ransom payment by victims of kidnapping without tackling the root cause of kidnapping.

NBA-SPIDEL Chairman Monday Ubani said the law does not reflect the reality in the society.

Dr. Ubani dropped the hint while addressing reporters at the Bar Centre, Ikeja on the activities for the NBA-SPIDEL 2022 Annual scheduled for May 22 to May 26, 2022 in Sokoto.

He gave the conference theme as “Rule of Law and Democratic Evolution in Nigeria”.

Ubani said: “The truth of the matter is that victims of kidnapping pay ransoms out of desperation and abject helplessness, knowing fully well that the State has failed and is unable to protect lives and property or secure the release of their loved ones from kidnappers’ den.”

He described as appalling that the country has failed to provide security to the people it governs but instead is “embarking on a ‘suicide mission’ of criminalising ransom payment by the very victims that are helpless and desperate to save the lives of their loved ones.

Ubani counselled: “This piece of legislation under contemplation lacks logic and wisdom and the House of Representatives is hereby advised jettison the Bill without any further consideration.

“It does not make any sense at all! Instead, the legislature is strongly advised to focus on laws that will strengthen national security and protection of lives and property, assuming there is a lacuna.”

The NBA-SPIDEL chairman expressed shock at the number of presidential aspirants buying Expression of Interest forms from their various parties at very exorbitant fees.

He said: “Nigerians should be alert and ‘shine their eyes’ in order to avoid the grave error of the past. We must separate the wheat from the chaff, pretenders from contenders. Our wrong choices of the past have kept us where we are today – retarded. It will be a colossal disaster if after passing through the harrowing experiences of the past years due to wrong choices, we make the same mistake in 2023 by choosing most of the jesters who are parading themselves as presidential candidates.”

On the on-going constitution amendment, Ubani advocated for a new autochthonous constitution made by the people themselves.

He said: “We demand the immediate passage of some of the amendments to the 1999 Constitution which may correct some of the noticeable flaws in our federal structure.

“We need more powers and funds to be devolved to the federating units in order to correct the present defective system.”

On the conference, Ubani said the Keynote Address on the “Rule of law and Nigeria’s democratic experiences: The way forward” will be delivered by renowned jurist and former Vice Chancellor of the University of Ado-Ekiti, Prof. Akin Oyebode.

He said the opening ceremony scheduled for Monday, May 23, 2022 will be addressed by the Chief Justice of Nigeria, Justice Ibrahim Tanko Muhammad; NBA President, Mr. Olumide Akpata; the Sultan of Sokoto, Muhammad Sa’ad Abubakar and the Chief Judge of Sokoto State, Justice Muhammad Sa’idu Sifawa among others.

Related Topics:NBA chides Fed lawmakers over no ransom payment bill
Up Next

Reps to intervene in Dagogo’s arrest