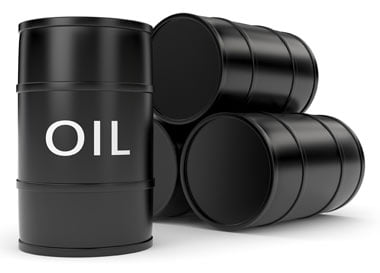 Tracknews reports that the Nigerian Upstream Petroleum Regulatory Commission (NUPRC) made this known in a report released in Abuja on Friday.

In the report, the Chief Executive of NUPRC, Gbenga Komolafe, said Nigeria’s gas reserves also grew by 2.09 trillion cubic feet to 208.62TCF as of January 31, 2022.

Komolafe said the announcement was in line with the provisions of Sections 7 (i), (j), (k) and (r) of the Petroleum Industry Act 2021.

The NUPRC boss said the Act stipulated that all operating exploration and production companies were to submit their annual report of reserves to the commission.

He said: “A total of 61 operating companies submitted their 2021 annual report on reserves in line with the provisions of the PIA, 2021.

He also stated that the commission recognised that the formulation of all-inclusive strategies to increase crude oil and gas reserves (from 37 billion barrels and 208.62 TCF) required thorough consideration of all factors militating against efficient and effective exploration and production operations.

He further noted that the conflict between Russia and Ukraine and the attendant disruptions to the global gas demand supply chain had provided Nigeria with a unique opportunity to fill this gap through the implementation of several gas developmental initiatives.

He said the commission was currently engaging all lessees on their Natural Gas Flare Elimination and Monetisation Plan to ensure compliance with Section 108 of the PIA and boost supply to the rapidly growing gas market.

Komolafe noted that Nigeria was currently producing about 8BSCF/D of gas, out of which about 20 per cent was delivered to the domestic market, approximately 40 per cent exported to international markets, 30 per cent utilised for producer’s internal consumption and the excess gas was flared.