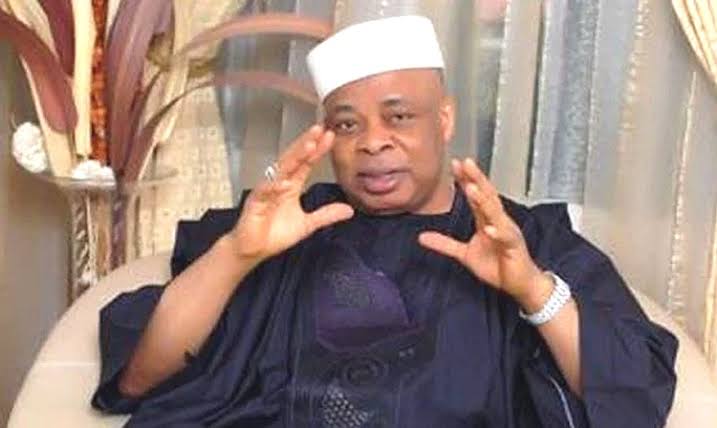 Ken Nnamani, presidential hopeful on the All Progressives Congress (APC) platform, has described the trend of support groups buying the party’s presidential forms for aspirants as “a big lie”.

The former president of the senate spoke in a chat with AriseTV on Wednesday.

Over 20 aspirants have declared their interest in the APC presidential ticket to become the successor of President Muhammadu Buhari in 2023.

While some aspirants have gone to the party secretariat in Abuja to pick up the nomination forms themselves, several support groups have bought the berth for others.

On May 6, a coalition of three groups acquired the form for Godwin Emefiele, governor of the Central Bank of Nigeria (CBN), and, the following day, 28 support groups did the same for Akinwumi Adesina, president of the African Development Bank (AfDB).

The latest is the procurement of the party’s nomination form for former President Goodluck Jonathan by a northern coalition.

Speaking about the situation, Nnamani said the seat of the president of the federation is “serious business” and “does not require somebody who is being persuaded to go”.

He added that “the shadowy groups going about saying they are purchasing forms for people is a laughing situation,” adding that the trend should be discouraged.

“Our history is replete with reluctant leaders. This concept of collecting forms by proxy — people who go and collect forms for someone. We are talking about serious business; leading a country as complicated and complex as Nigeria requires someone who is prepared for the primetime. It does not require somebody who is being persuaded to go. It means the person is not even ready,” the former president of the senate said.

“The discussion so far as being on people for who shadow groups have gone to obtain forms and claim to have contributed money for somebody. But if you take a close look at those buying forms for people, some of them appeared to be having difficulty paying their house rent. We are starting on a wrong footing –telling lies. Anybody who is serious about contesting should go and buy the form and not send people while claiming reluctance.

“The shadowy group going about saying they are purchasing forms for people is a laughing situation. It’s a big lie and it should be discouraged.”

Related Topics:Nnamani: Some of those buying forms for presidential hopefuls are struggling to pay rent
Up Next

JUST IN: Buhari orders Malami, Amaechi, other appointees running for office to resign before Monday