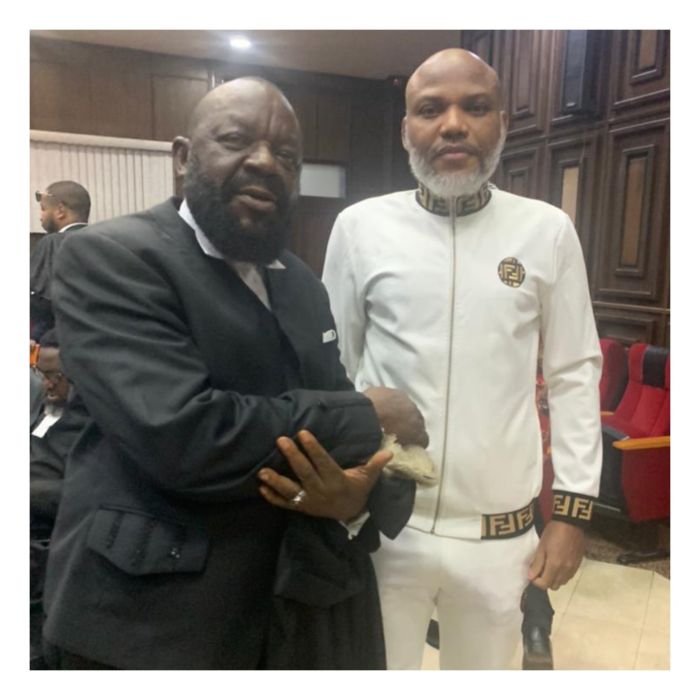 Ifeanyi Ejiofor, a counsel of Nnamdi Kanu, leader of the Indigenous People of Biafra, IPOB, has reacted to the beheading of Okey Okoye, a member of the Anambra State House of Assembly, by unknown gunmen.

Ejiofor said Kanu would be “gravely shocked” to learn of such killings in the South-East.

He lamented that blood-sucking demons have taken over the South-East.

Gunmen had kidnapped the deceased, who represents Aguata II State constituency in Aguata, a few weeks ago.

But the police discovered Okoye’s head without a body on Saturday.

The lawmaker’s decapitated head was recovered at a motor park in Nnobi.

Reacting to the incident, Ejiofor said Kanu would not condone such acts in the South-East.

In a statement, Ejiofor said those behind such killings in the South-East were out to demonize IPOB.

“Dear Igbos of goodwill, our land is under siege by blood-sucking demons. It is no longer in doubt that the insecurity rocking the South-East region has taken an entirely troubling dimension and cannot be allowed to continue.

“Yesterday, being the 21st Day of May, 2022, I was inundated with the most unbelievable news making rounds, of the gruesome torture and subsequent beheading of one Mr. Okechukwu Okoye and his co-traveller in Anambra State by their abductors.

“May I assure you all at this point in time, that my indefatigable client – Nnamdi Kanu, will be gravely shocked and saddened by this dastardly act too, having previously and severally mandated me in the past to condemn such barbaric act on his behalf.

“These monsters that kidnap for ransoms, have no connection whatsoever with the freedom fighting movement. They are impostors and hirelings whose singular objective is to kill and destroy in a calculated attempt to demonize IPOB.”

This is coming a few weeks after a military couple were killed in Imo State.

The Nigerian Army accused IPOB and the Eastern Security Network, ESN, of being responsible for the killing.

However, IPOB had distanced ESN from the killing.

Describing the incident as an abomination, IPOB’s spokesman, Emma Powerful, said the group could not have hurt their daughter.

Related Topics:‘Nnamdi Kanu Will Be Shocked’ – Lawyer On Beheading Of Anambra Lawmaker
Up Next