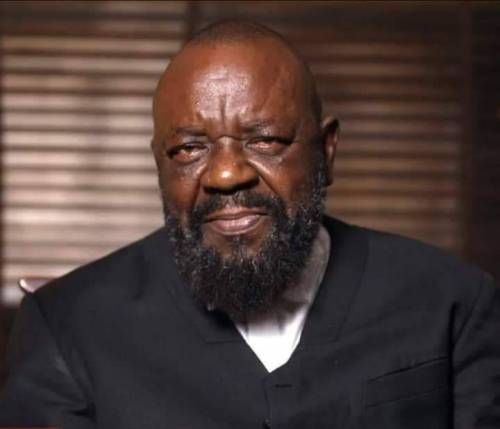 The UK government had in a May 2022 update of its asylum policy made a U-turn on its treatment of IPOB members, recognising Nigeria’s classification of the group as a terrorist organisation.

Aloy Ejimakor, a special counsel for the leader of the Indigenous People of Biafra (IPOB), Nnamdi Kanu has reacted to the designation of the group as a terrorist organisation by the United Kingdom Government.

The UK government had in a May 2022 update of its asylum policy made a U-turn on its treatment of IPOB members, recognising Nigeria’s classification of the group as a terrorist organisation.

Members of the group were also excluded from seeking refuge in England.

The UK Visas and Immigration had in April 2021 said that it was planning to grant asylum to persecuted members of IPOB members whose founder, Nnamdi Kanu, was operating from London before his arrest in Kenya last year as part of its refugee policy published at the time.

The policy, at the time, was for asylum to be granted to “persecuted” members of the Indigenous People of Biafra (IPOB), and the Movement for the Actualisation of the Sovereign State of Biafra (MASSOB)”.

The UKVI, a division of the Home Office, directed its decision-makers to consider if a person “who actively and openly supports IPOB is likely to be at risk of arrest and detention, and ill-treatment which is likely to amount to persecution”.

If the person can prove persecution, then the IPOB member or supporter could be granted asylum.

However, in the latest update published on its website on May 3, titled, ‘Country policy and information note: Separatist groups in the South-East, Nigeria,’ the UKVI said, “IPOB had been proscribed as a terrorist group by the Nigerian government and that members of the group and its paramilitary wing – the Eastern Security Network – have reportedly committed human rights violations.”

The UK, therefore, said that persons who commit human rights violations must not be granted asylum.

“If a person has been involved with IPOB (and/or an affiliated group), MASSOB or any other ‘Biafran’ group that incites or uses violence to achieve its aims, decision-makers must consider whether one (or more) of the exclusion clauses under the Refugee Convention is applicable.

“Persons who commit human rights violations must not be granted asylum. If the person is excluded from the Refugee Convention, they will also be excluded from a grant of humanitarian protection.”

However, Ejimakor in a tweet on Friday said the organisation was not declared as a terrorist group.

“Britain DID NOT declare #IPOB a terrorist group. Sorry to disappoint those that have concluded otherwise,” he tweeted.

“Read that Report again & be guided.”

Related Topics:Ejimakor Reacts To UK’s Recognition Of IPOB As Terrorist GroupExclusion Of Members From AsylumNnamdi Kanu's Lawyer
Up Next

2023: Our Economy Is In Shambles, Nigerians Fault Emefiele’s Declaration