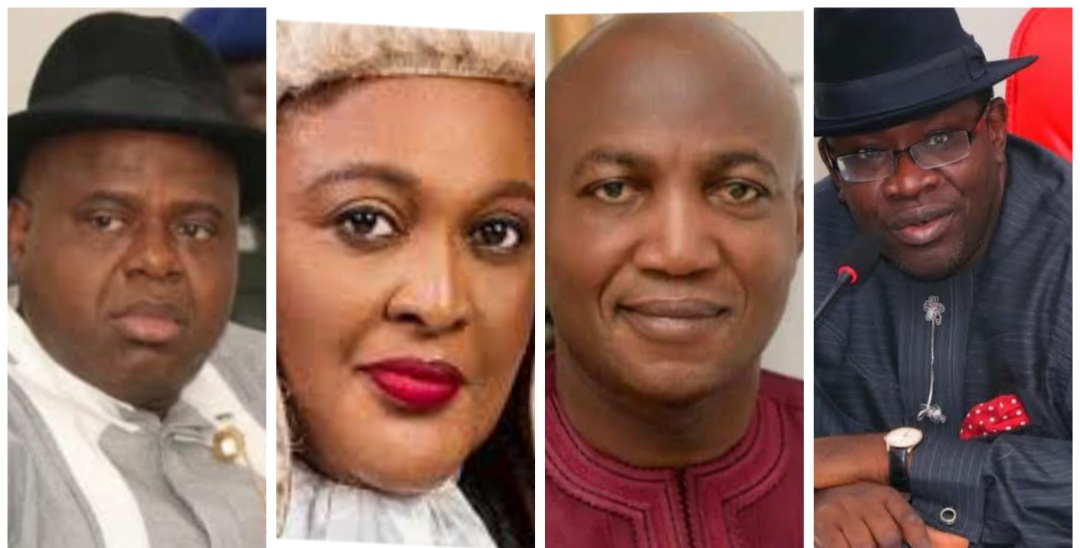 YENAGOA ___As photographs from the valedictory session, one of the several ceremonies marking the retirement of Justice Mary Odili after over four decades in service flooded the internet, members of the opposition especially the APC supporters were filled with mixed feelings.

For some it was a sad remembrance of a judgement that shattered great dreams, hopes and aspirations while for others, it was a moment of celebration as her retirement spelt a new hope for the party.

In a street interview with Miss Glagys Okayi, an ardent supporter of Chief David Lyon the APC governorship candidate in the 2019 governorship elections, Gladys expressed her absolute dislike for Justice Mary Odili stating that she was behind the judgement that disqualified Chief David Lyon who was doubtlessly the people’s choice.

In her words; “I know I ought to be happy today but hearing the name of that woman makes me recall the pain I felt and the emotional trauma I went through before I finally came to terms with the fact that our Governor, His Excellency, Chief David Lyon has been disqualified. Douye Diri had no single chance of accessing the exalted seat but for her judgement at the Supreme Court. Today people are hungry in Bayelsa, many have died and more will yet die, there is insecurity and cultism is on a daily rise.

Things would have been different if Chief David Lyon were governor. Douye has made Bayelsa worse than it was. Just imagine beginning his administration by rendering hundreds of small scale business owners helpless when he used state security men and touts to demolished all the temporary stores these small scale business owner have over the years sustained themselves and their families with without providing alternatives or make shift arrangement and all in the name of urban development.

Evidently, the escalation of poverty is a major drive of the Douye Diri led administration and I want to congratulate him and his government for a job well done. Things have never been this bad in Bayelsa. Prices of goods and services are on a steady rise yet a government would brazenly under the guise of a baseless urban development deny its own of their right to earn a living. It is saddening

In another interview, Mr. Kimiowei Philip on the contrary expressed delight at the fact that Justice Mary Odili was leaving. In his words;

‘’I thank God for her and everything. She has served and has done her part. My joy is that the human instrument behind the miracle that brought Douye on board just retired. I hope he is aware that this time like others he has to work harder than he did previously? Now that this is out of the way, the next agenda will be to get Dickson to reduce his support for Douye and let’s see if he has what it takes to win an election.

This is Bayelsa and even babies that were born yesterday know that without Dickson backing Douye, his chances were slim. Regardless of the stiffness of the 2019 election, it is nothing compared to what Douye will face in the hands of the opposition come 2023. The state is not happy with the man, the numbers of aggrieved politicians are daily on the rise and every day we hear of strong PDP members decamping for reasons of neglect. The governor who is meant to be the rallying point and father of the state seem to be oblivious of the issues. These are clear signs that there is problem.’’

Upon the announcement of the disqualification of Chief David Lyon in 2019, almost every supporter of David Lyon and the APC took out their anger on the Supreme Court justice who presided over the matter and granted judgement in favour of the PDP. The media was inundated with protests calling for a review of the case. This is over two years after and it seems like many are still nursing the wounds of that episode or better still, the HE Senator Douye Diri’s administration’s style of governance is serving as a cruel reminder.

Related Topics:NOW THAT JUSTICE MARY ODILI IS RETIRED.
Up Next