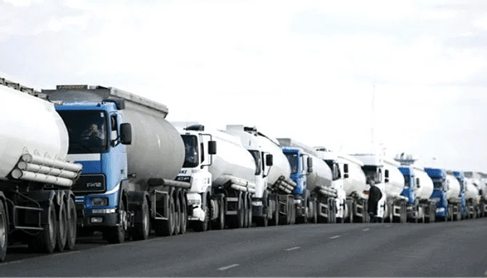 The Executive Secretary/ Chief Executive Officer of Major Oil Marketers Association of Nigeria, Mr. Clement Isong, has called for the scrapping of the Petroleum Equalisation Fund (PEF). He noted that PEF was expensive and unnecessary. PEF was set up in 1975 by the Federal Government to ensure that prices of petroleum products such as kerosene and petrol were the same across the country. It is an Act that is to be applied for the reimbursement of petroleum marketing companies.

Its main function is to ensure price uniformity of petroleum products via the reimbursement of marketers for trucking products to filling stations. The Nigerian Midstream and Downstream Petroleum Regulatory Authority (NMDPRA) had recently said N58 billion had been disbursed to oil marketers in the past six months. This was in response to the claim by the Independent Petroleum Markers Association of Nigeria (IPMAN) that they were being owed N500 billion bridging gap. NMDPRA had alleged that some of the pending payments were due to the reluctance of marketers to reconcile their claims despite the reported appeals by NMDPR to come for reconciliation whenever there are discrepancies. Isong, in an interview with New Telegraph on Monday, said reconciliation was an on-going matter. He explained that the Petroleum Industry Act abolished PEF, adding that PEF was still being implemented because of the suspension of the implementation of PIA by the Federal Government. Isong said: “What we do is that Petroleum Equalisation Fund has always been an out and in organisation, meaning, marketers owe PEF and PEF owe marketers.

Under normal circumstances, the bridging and ATF are supposed to calculate and equalise. “In other countries, they have stopped using administration to do PEF. When you have equal prices, the people do it by themselves. For instance, if Coca-Cola decides that it wants its drink to be N1 everywhere in the country, it does not go and tell somebody to appeal to government, it organises it internally. “So, every other country in Africa and in the world where prices are the same, the equalisation is done internally. When you do it externally, this is the kind of thing that happens. Inefficiency affects it. So, under normal circumstances, for over 20, 30 years now, what happens is marketers pay PEF, PEF pays marketers and they do reconciliation. “The PIA, at the end of the day will say or has said there is no more PEF, but for now, we have not yet implemented deregulation. When you implement deregulation, you do not have PEF anymore. “But for now, we have suspended the implementation of PIA. So, we are all supposed to be paying PEF and the authorities are supposed to be paying.

The people who owe PEF, there has to be a reconciliation between the authorities and the people who are owing and people are paid the differences.” He added: “Payment to PEF and PEF paying back marketers have always been an on-going matter. They have been paying us the bridging gap and we have been paying them. “But at no point in time is the number zero. We are always owing them and they are always owing us. They are still owing us? Yes! Are we still owing them? Yes! We are owing them and they are owing us because it is a reconciliation process. That is how it works. That is how it was designed. And that is why it must stop. It was designed for there to be reconciliation. “The authorities are being owed by people and it is when they are paid that they can pay.

Not all marketers pay. They are owing us and we are owing them. It is how the equalisation works and that is why it is called equalisation. “By the very nature of PEF, it is only after the product is sold that you can do a reconciliation. So if you do it by period, you may say in this month or quarter, how many trucks have I sent to Abuja? How many trucks have I sent to Lagos? Then I will do reconciliation with PEF. “Having said that, the truth is that for me and my members, we pay the transporters every two weeks irrespective of whether we have done reconciliation with PEF or not.

If I did not pay the transporters, my trucks will not be on the roads. So, it is not my transporters that are being owed, it is me. I use my money to pay the transporters. So it is only after the period I sit down with PEF and we do the reconciliation and the accompanying payments. “Reconciliation has always been on-going. It is the nature of the system. There will always be reconciliation. You do not say that I did reconciliation last month so it is over. No! There will always be reconciliation. Every month, I am carrying the product, I am carrying it to the depot next to me and to other depots far away, so, every month, there is reconciliation. It never stops. “PEF should be canceled because it is expensive and unnecessary. PIA, when it is implemented, will cancel the administration of PEF because it is expensive and unnecessary.”

Related Topics:Oil marketers to FG: Scrap equalisation fund
Up Next