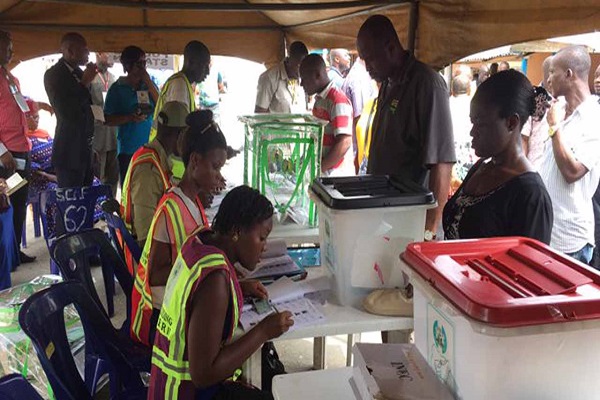 Perfect7Project, a group in the School of Politics, Policy and Governance (SPPG), has launched ‘voter mobilisation skits,’ to boost interest in the electoral process, true democracy and good governance.

Team lead Soni Gold, who noted that the skits are produced in different Nigerian languages, hoped it would rally Nigerians to participate in the 2023 elections.

Gold and two other members – Collins Okeke and Glory Okon, in a statement, noted that since the return to democracy in 1999, elections have been characterised by voter apathy.

They said: “For instance, in 2019, INEC’s record showed that there were 82.3 million registered voters nationwide, however, only 28.6 million (a mere 35 per cent) voted. President Muhammadu Buhari received his mandate for a second term on the strength of votes cast by 18.5 per cent (15,191,847) votes.

“The skits are designed to change this depressing narrative and galvanise the electorate to participate in large numbers in the electoral process, as well as hold elected candidates accountable for their stewardship.”

They added that the short term goal of Perfect7Project has been achieved with the skits, saying the medium-term goal is to make Nigerians imbibe, own and act on different slogans, such as: Politics is Life, Oro Oselu Se Koko, and Politics Na Life, among others.

“We intend to measure impact through citizens’ acceptance, ownership of our slogans and their willingness to act based on the message and through periodic surveys to ascertain how many new voters acted based on our message.

“We will evaluate the impact of each step and readjust our strategy. We will enrol and engage likeminded members from subsequent cohorts of the SPPG.”

Okeke, a lawyer, said data on election participation is not encouraging.

while urging Nigerians to show interest in political matters.

“One of the challenges we have identified in Nigeria’s political system is the fact that a lot of people do not participate and if you don’t participate, there is no way we can make a difference. This is why we have decided to focus on ensuring that we get as many Nigerians as possible to participate in the political process.”