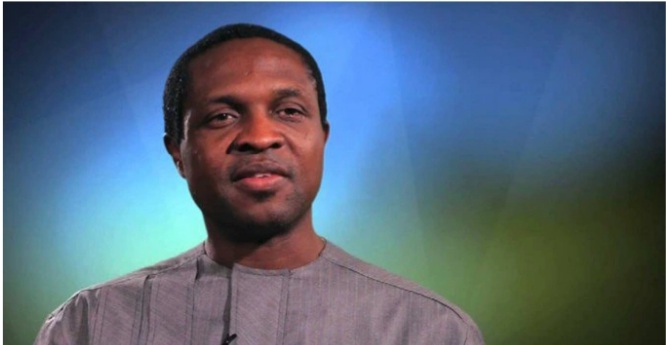 Candidate Plot Collapses
The plot by the Transport Minister, Rotimi Chibuike Amaechi, to make his friend and Lagos State-based businessman the consensus governorship candidate of the All Progressives Congress (APC), Rivers State, has hit a brick wall.

It was observed that shortly after Amaechi’s 19-man committee met in Abuja and announced Cole as the consensus candidate of the party, the committee quickly retracted the statement days later following unexpected backslashes.

Contrary to his earlier announcement after the meeting of the committee, the Coordinator, Progressives Aspirants Forum (PAF), George Tolofari, later claimed that Cole was chosen to represent the riverine aspirants at the forthcoming primaries of the party.

Also, Cole, who earlier accepted his choice as a consensus candidate of the party, later ate his words and said he was picked as a consensus aspirant of the riverine extraction.

He later said: “It must be stated that the leadership of Rivers State Chapter of APC consisting of 19 leaders met and chose a consensus aspirant of riverine extraction to contest the governorship primaries for the 2023 elections.”

Already, one of the key riverine aspirants, Ojukaiye Flag-Amachree, who was among the first 10 riverine aspirants that signed an agreement that Tolofari said was meant for all of them to support Cole opted out of the deal.

Ojukaiye was said to have procured his expression of interest and nomination forms to contest the primary.

The aspirant also explained that there was no provision for a consensus candidate in the agreement they signed.

Addressing party faithful, Ojukaiye read some paragraphs of the agreement and said they only asked the party to provide a level-playing field for all the aspirants to partake in the primaries.

“We are allowing the party leadership to ensure a level playing field at the primaries or else they will face political revolution in APC,” he said.

A former Director-General, Nigerian Maritime Administration and Safety Agency (NIMASA), Dr. Dakuku Peterside, returned to the state and was received at the Port Harcourt International Airport by a crowd òf APC members.

Dakuku, a significant member of the forum that signed the agreement, vowed to continue his consultations and to make a public statement on his ambition soon.

He said he had realised that his strength lay with the people, promising that he would never take for granted the loyalty of their shared vision of a better state.

He said: “We have arrived at a critical juncture in our aspiration, but one thing I know that direct our path, God will also guide us in this circumstance and it will be of his greater glory.

“I want to assure you that even when we make our final decision it will be for the glory of Rivers State and to the benefit of our party and all of you. I will never take your loyalty to our shared vision for granted.”

Dakuku, who attributed his rise in politics to the spiritual and moral contributions of the people, declared that his aspirations were in the interest of the people.

He said: “You know that I have always been a team player and I am proud to say that I am a product of the spiritual, moral, and material contribution of people like you.

“I will speak to as many people as I can. I will share in your pain and at the end of the day,

we will speak to the people based on the consultation.

“I assure you that it will not be about my personal aspiration, it will be about you. It will not take long. At the end of the day, you will also notice that I am conscious of the fact that I have a responsibility to all of you to protect your interest, and carry your interest along.

“I am conscious of the fact that I carry the dreams and aspirations and hopes of people and I can not dash your hope and confidence in me.”

Senator Magnus Abe had obtained his forms and insisted that he would not accept anything other than free and fair primary election for all aspirants.

But a chieftain of APC in Rivers, Chief Eze Chukwumeka Eze, pleaded with the aspirants to support the choice of Cole.

Eze expressed concerns that upon Cole’s emergence, some of the aspirants and signatories to the agreement were singing discordant tunes.

He pleaded with party faithful and loyalists to team up and ensure the success of the party insisting that the interest of the APC must rank topmost in all individual considerations.

Eze said: “I accept and agree with some school of thought that Tonye Cole is not an ideal politician by keeping off from most of our political activities and welfare of members, I wish to plead and urge each one of us to sheath our swords and team up with him to salvage Rivers State before it is too late.

“I sympathise with Dr. Dakuku Peterside who has stood fiercely behind the party all these years fighting and taking a lot of troubles on our behalf and appeal to him to be calm and retrace any step that may be interpreted as an anti-party activity because the future is greater than where we are at the moment.

“Our major goal as party faithful is to ensure that we get back the Brick House and occupy the Aso Rock and when that happens, we all will be tired of appointments.

“So, why fight over little or inconsequential issues while we are capable of having better opportunities by tomorrow.”