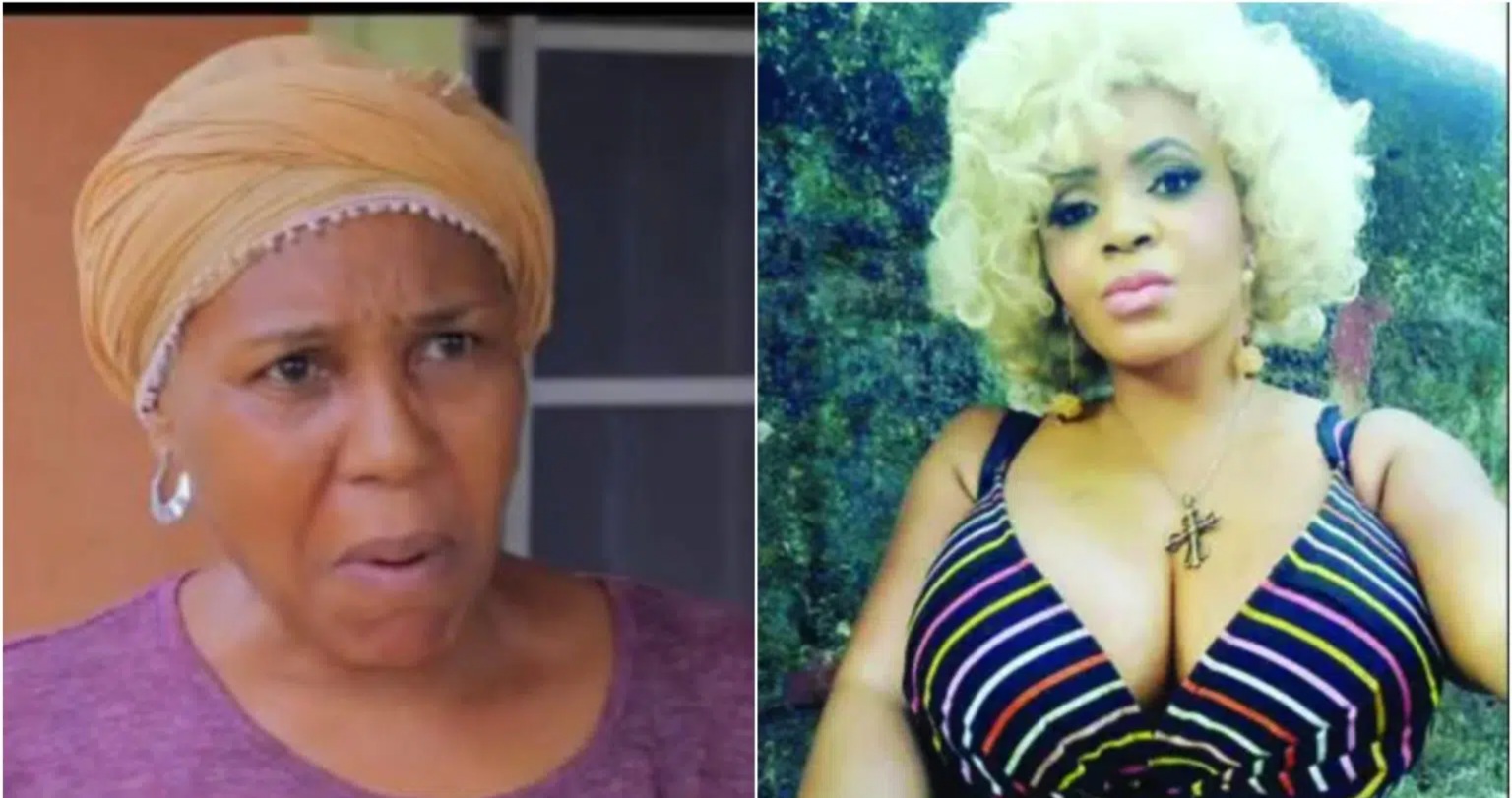 Former Nollywood actress, Cossy Ojiakor has opened up on the implication of the s3x with dog scandal that ruined her acting career and plans on coming back to Nollywood.

Naijaloaded recalls that in 2002 a video surfaced on YouTube showing Cossy Ojiakor in a purported sex scene with a dog after a defunct magazine, Enquirer owned by Tunde Moshood made mincemeat of the scene in one of its publications, alleging that the actress had sex with a dog.

In an interview with Naijaloaded, Cossy Ojiakor said she was banned from acting and most of the movies she acted in and produced were seized which was a great loss.

Cossy Orjiafor also disclosed she attempted building a Youtube Channel but it was taken down and hence resorted to laying low.

The former actress said she is also concentrating on her social media platforms where she entertains her followers.

“I was banned from acting. The movies I acted in were seized movies like shatters home by sunny Macedon were banned and he suffered great losses. Years back I produced my own movies and nobody accepted them. Well I tried to build my own YouTube page and it was taken down so I really don’t try anymore I just flow and chill then concentrate on fansly where I entertain my few fans”

According to Cossy Orjiakor, in the wake of the scandal, veteran actress Shan George was the only person that supported her. Still, her acting career suffered due to heavy gang-up from Nollywood.

“Nollywood took a break on me. Also the only actress that said the truth back then Shan George. Her movie career suffered back then. It was a heavy gang up against little me”.

Asked if she was thinking of making her way back into Nollywood, she told Naijaloaded:

“No dear. It’s just that when am called an actress some fans say they have never seen me in movies. So I want them to know I was really a big star in Nollywood. But when you eat with the devil you eat with a long spoon”.

What Can You Say About This?

Related Topics:S3x With Dog Scandal: How Shan George Backed Me Despite Heavy Gang Up From Nollywood – Cossy Ojiakor
Up Next