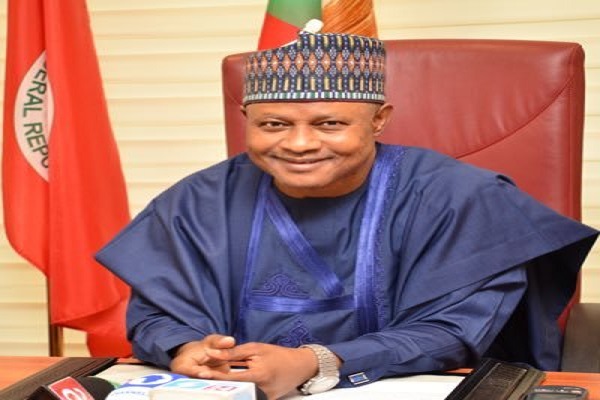 A frontline governorship aspirant of the ruling All Progressives Congress (APC) in Kaduna State, Hon. Sani Mohammed Sha’aban, has rejected the endorsement of Senator Uba Sani as the party’s consensus candidate by Governor Nasir El-Rufa’i and some other leaders of the party.

Sha’aban, who described the purported endorsement as undemocratic, said 90 per cent of the APC members and stakeholders in the State were not in support of the development.

Sha’aban, who was the governorship candidate of the defunct All Nigerian People’s Party (ANPP) in 2007 and defunct Action Congress of Nigeria(ACN) in 2011 said, anything short of primaries will be rejected by him and his numerous followers.

The governorship hopeful, who is a former member House of Representatives, maintained it is an insult on his personality as a founding member of the party and being the first to purchase the governorship form not to be consulted before such position was reached.

Addressing newsmen in Kaduna, the governorship hopeful said: “We receive the news of the endorsement of Senator Uba Sani as consensus candidate by Governor Nasir el-Rufai with mixed feelings because as a founding member of the APC and the first governorship aspirant to purchase the form, I was not contacted on any consensus arrangements which I consider an insult on my person.

“Consensus is undemocratic because democracy is about people and number except if the present administration is not concerned about the success of the party in Kaduna State, otherwise the spirit of success of making APC a dynamic party should be respected.

“Government is about fairness, justice and addressing the yearning of the people. APC should be a uniting government and not a divisive government stampeding on the weak. Today, religion has divided us as a people in Kaduna State”.

He stressed his aspiration is to give people a sense of belonging and render selfless service and better the lots of the good people of Kaduna State.

He added: “So, all am saying is that, we reject in totality any consensus arrangements, it is an attempt to render all delegates useless which is against democratic process.

” I also wish to make it clear that I cannot be rubbished, because if you rubbish me I will rubbish you, democratic process must be followed and respected, all those who purchased form must be allowed to go for primaries.”

Corroborating his position, his campaign Director General, Chief (Barrister) Joshua Danladi Ephraim, said democracy should be about freedom, adding that they will not allow the Governor to have his way on any consensus arrangements, “we will not allow a lawless situation in APC.

“We call on the party at the national level to monitor the activities of the State, let there be fairness, justice and rule of law because the party is in danger of being seen in bad light if this consensus arrangements is allowed to scale through,” he said.