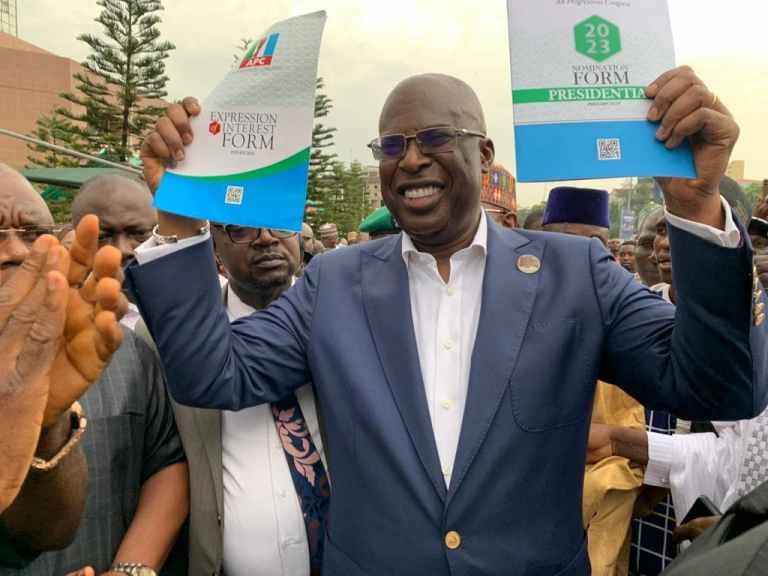 Timipre Sylva, the Minister of State for Petroleum Resources was in the news recently for having showed interest in throwing his hat in the ring of the presidential race. This was shortly before the group, A Good People Of Nigeria, purchased for him the N100m Nomination and Expression of Interest Form to contest.

The former Bayelsa Governor has according to the group portrayed a lot of leadership potentials that places him on the best platform and qualifies him to take over from incumbent President Muhammadu Buhari.

Meanwhile, it is being insinuated that Mr. Sylva has started backing out of his disclosed intent to contest. This decision according to our sources, is unconnected with the latest order issued by President Muhammadu Buhari through his Minister of Information, Alhaji Lai Mohammed. The order says all interested aspirants for elective positions must resign their different ministerial positions on or before Monday. The order brought to the attention of all at the FEC meeting was necessitated by section 84(12) of the newly enacted Electoral Act which restricts an appointee of the government from standing as a delegate or aspirant in an election.

The Executive order has reportedly led to the resignation of Mr. Emeka Nwajiuba, the Minister of State for Education. Other Ministers like Godswill Akpabio, Rotimi Amaechi, Adamu Adamu, Chris Ngige might resign anytime from now.

Related Topics:Sylva Considering Backing Out From Presidential Race Over Buhari's Directive.
Up Next