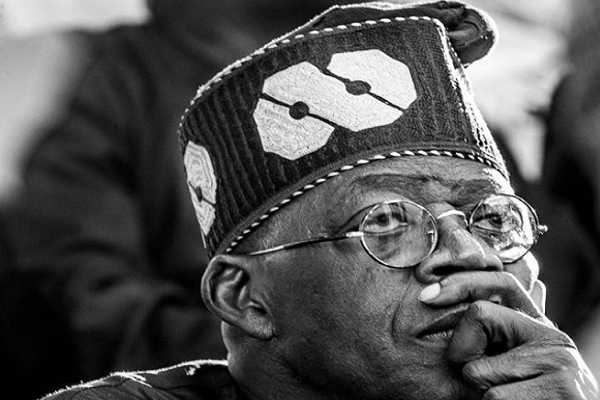 SIR: According to a German philosopher and cultural critic, Friedrich Nietzsche ‘’the advantage of a bad memory is that one enjoys several times the same good things for the first time’’.

As the build up to the 2023 election gears up, analysis of major contenders are freely thrown at every given opportunity; wrong analysis of achievements because of people’s loss of memory and unforgiving nature tend to make people forget easily how a place like Lagos looked like before now. This inability to remember where we are coming from has been a major sin against APC presidential hopeful, Asiwaju Bola Tinubu.

As the helmsman of Lagos State (1990 – 2007), the blueprint and policies he formulated have made his predecessors shinning lights in their deliverables. All they need to do is to follow the laid out plans, unlike other governors in his time and today who want to all within four or eight years in governance, only to leave their states with many abandoned projects and without genuine continuity plan for predecessors.

Prior to the coming of Asiwaju as governor of Lagos State, government hospitals were seen as mere consulting facilities but today the medical sector have received a revamp, the best of doctors who are yet to migrate to other parts of the world in search for greener pastures choose Lagos hospitals as one of the best places to pursue their career because of good working conditions and availability of relevant technology, hence, the best of specialist are domicile here.

In the same token, many have forgotten that refuse dump on Lagos streets used to be a regular sight everywhere you go. Today the effectiveness of LAWMA in managing refuse has left many thinking that Lagos has always been this clean The spaces under all major flyovers in Lagos used to be defecation outlets, dump sites with abandoned vehicles. They also provided shelters for different mechanic workshops. Today we drive around Lagos thinking that nothing has been done whereas a lot has actually been done over the years and in a sustainable basis to improve the aesthetics look of Lagos.

Truly, the greenery in some parts of the metropolis we see today has made some of us to forget where we are coming from.

Let’s do a retrospect into the educational sector; this sector was almost dying until the adventure of Asiwaju into governance. Today some Lagos public schools are powered with solar panels to cater for their electrical power needs and also have regulated internet facilities.

Lagos is enjoying innovative and accelerated governance that it all looks like it has always been this way, as successive governors after Asiwaju have given Lagos excellent delivery. These and many more are the many sins of Asiwaju Bola Tinubu.

Related Topics:The many sins of Bola Tinubu
Up Next

I regret ever banking with UBA, says Nigerian student studying in UK

What manner of ‘consensus’?