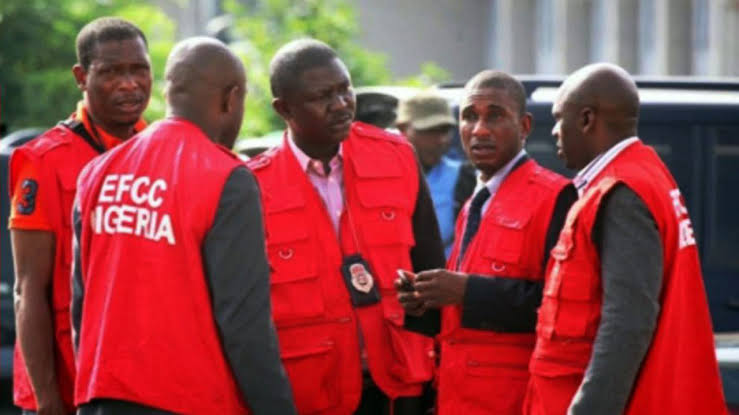 The director of finance for the River state government is currently at large over allegations of money laundering and embezzlement of public funds Fubara Siminayi, a 2023 governorship aspirant for River state was declared wanted alongside three other officials of the ministry

The suspects are said to have embezzled money from the coffers of the Rivers state account to the tune of N117 billion.

The Economic and Financial Crimes Commission (EFCC) has intensified its search for Fubara Siminayi, the director of finance of the Rivers state government.

Siminayi, 43, has been at large since the commission began investigations into the financial affairs of the state governed by Nyesom Wike, a presidential aspirant of the Peoples Democratic Party (PDP).

Sources who gave insight on the search for Siminayi said that the commission is not resting on its oars to ensure that the Rivers state finance director is apprehended and made to face justice.

A source within the commission added that the finance director who was declared wanted EFCC over money laundering and embezzlement of state funds is still large.

The source added that anyone that has useful information about his whereabouts should make it available to the EFCC.

Also, a quick search by TrackNews on the EFCC’s list of wanted persons on the commission’s website showed that Siminayi is wanted alongside three other persons for criminal conspiracy, money laundering, misappropriation of public funds and abuse of office to the tune of N117 billion.

All officials of the state have been declared suspects in their capacity as signatories to the Rivers State Government account.

They are alleged to have acted as proxies to several government officials, conspired and fraudulently withdrew and diverted the sum between 2015 and 2018.

The commission also listed the last known addresses of all the suspects.

All indigenes of Rivers state, the commission said:

“Anybody having useful information as to their whereabouts should contact the commission in its Enugu, Kano, Lagos, Gombe, Port Harcourt, Ibadan, Maiduguri and Abuja offices or through these numbers: 0809 3322 644 (0809 EFCC NIG), 08183322644 (0818 EFCC NIG); its e-mail address: info@efccnigeria.org or the nearest Police Station and other security agencies.”

Seems like the suspended accountant-general Ahmed Idris had finally hit rock bottom with the EFCC pinning fresh allegations against him.

Idris who was arrested recently by the EFCC was said to have been involved in an N80bn fraud while in office.

In the anti-graft agency’s fresh allegation, preliminary investigations revealed that at least 17 properties in Nigeria and abroad have been linked to him.

In another report, the EFCC had launched a discreet investigation into the finances of the 18 political parties in the country and their presidential aspirants.

This followed the humongous fees paid for expression of interest and nomination forms by aspirants vying for various elective offices in the parties.

The anti-graft agency has, therefore, asked the Independent National Electoral Commission (INEC) to furnish it with the bank accounts and other financial details of the political parties.

Related Topics:3 OthersFubara SiminayiTrouble in Rivers as EFCC Intensifies Search for Wanted State Accountant
Up Next

I have capacity to unite Nigeria – Saraki