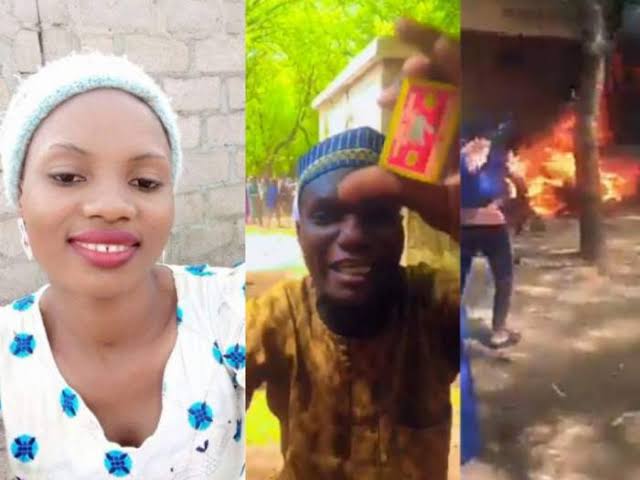 The United Kingdom has condemned the barbaric killing of Deborah Samuel, a student of Shehu Shagari College of Education, Sokoto, over alleged blasphemy.

TrackNews had reported earlier that a young lady identified as Deborah was lynched and set ablaze by her Muslim colleagues for allegedly insulting Islam’s Prophet Muhammad.

The angry mob had stormed Deborah’s hostel, dragged her out before beating her to death and setting her body ablaze.

Reacting to the gruesome murder, Catriona Laing, British high commissioner to Nigeria, has condemned the killing of Deborah.

In a post on Twitter on Friday, Laing called on security agents to fish out the perpetrators and bring them to book.

“I condemn the murder of Deborah Samuel in Sokoto, and urge the police and relevant authorities to ensure the perpetrators of this horrific act are made to face justice in line with the law,” she wrote.

Meanwhile, the Christian Association of Nigeria (CAN) has also condemned the lynching of the Sokoto student.

In a statement by CAN’s General Secretary, Joseph Bade Daramola, the association stated that the unlawful and dastardly action of the perpetrators must not only be condemned by all right thinking people but the security operatives must fish them out, prosecute them as it is expected of them.

CAN stated that it is the failure of the security agencies and the government to rise up to such criminalities in the past that gave birth to terrorists and bandits.

It stressed that as long as the State fails to bring these beasts and criminals amidst us to book, so also the society will continue to be their killing fields.

Related Topics:Issues Directive To Security AgenciesUK Govt Reacts To Killing Of Sokoto Student By Religious Fanatics
Up Next