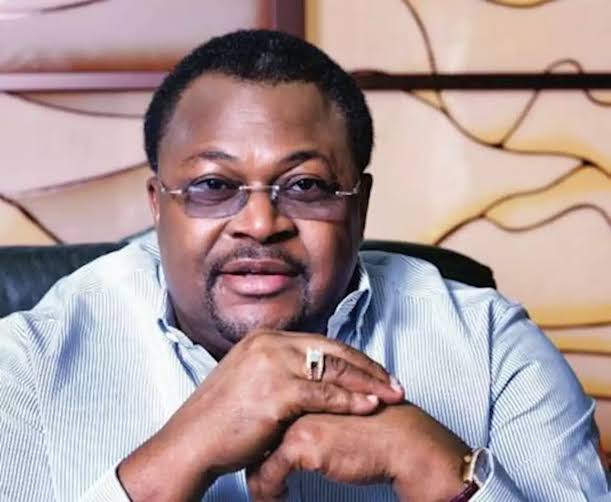 Dr Chief Oritsema Oma Eyewuoma (Chief Oma) is the Executive Vice President at Conoil and has worked for the company since 1992, but salaries at the firm being chased on the international and domestic front for defaulting on debts, are known to be modest.

A right-hand man to billionaire Mike Adenuga is at the centre of a mystery as to how he and his family acquired the deeds to a luxury hotel in Warri, Delta State.

Dr Chief Oritsema Oma Eyewuoma (Chief Oma) is the Executive Vice President at Conoil and has worked for the company since 1992, but salaries at the firm being chased on the international and domestic front for defaulting on debts, are known to be modest.

Oil companies operating in Nigeria such as Shell, Mobil, and Total or local players like Seplat and Oando offer significantly high salaries and compensation packages.

This is why Chief Oma’s construction and management of the magnificent edifice that is the Brookview Hotel & Resorts in Warri, Delta State is rather puzzling as a salaryman would find it difficult to finance the construction of such a grand hotel.

Proof of his status as a secret luxury hotel owner is at Nigeria’s Corporate Affairs Commission showing (See attached documents) Brookview Hotel & Resorts Limited is largely owned by Chief Oma, with the remaining shares split among his children – notably; Taiye, Gbemisi and Gabriel.

Gabriel Eyewuoma is the Chief Legal Officer at Delta State Oil Producing Areas Development Commission, and Gbemisi Eyewuoma, according to the bio on his Instagram handle, @eyewuomagbesimi, is the Chairman of Gbesi Limited.

According to the Nigerian hotel guide website, www.hotels.ng, Brookview Hotel & Resorts is a 3-star hotel with three categories of rooms – the Standard Room at a charge of N15,000 per night, the Executive Room at N20,000 per night, and the Deluxe Room at N30,000 per night.

The hotel features many amenities, as shown in pictures on the hotels.ng site such as an outdoor pool, restaurant, bar, lounge, ample outdoor parking, an onsite dry-cleaning & laundry room, and a fully air-conditioned banquet hall for hosting events.

“The source of funds needed to build and operate such a hotel is not easily traceable, however, Chief Oma as the Executive Vice President of Drilling Operations at Conoil oversees a swathe of companies that have both local and international presence,” a worker at the company said.

“Payment by Conoil to these companies often requires the 78-year-old man’s buy-in & signature. Shelf Drilling, for example, has two rigs, the Adriatic-1 (AD-1) and the Resourceful (SDR), currently working for Conoil at its OML 59 and OML 153 oil blocks respectively. Draft contracts show that these rigs attract a day rate cost to Conoil of USD $65,000 for the SDR and USD $70,000 for the AD-1 rig. These rigs have been in service to Conoil for more than two years.

“Conoil was the first Nigerian indigenous oil & gas company to strike oil in commercial quantities in 1990 with its OML 103 field in the Ilaje area of Ondo state. Shortly after that success, Conoil struck ‘black gold’ again in its OML 59 field in Bayelsa State. In the mid-90s, these two fields brought in an impressive daily production.

“Chief Oma was employed as the drilling manager for Conoil at its inception and over the last four decades has risen to become the number one drilling man in the company, overseeing all drilling campaigns which Conoil runs year-round.”

The source added that Mike Adenuga has been so focused on his telecoms network, Glo, that he might not pay “attention to Conoil Producing and those that he has entrusted to run the company on a day-to-day basis”.

SaharaReporters had in April reported how domestic contractors accused the oil and gas marketing firm of failing to honour its debt obligations totalling millions of dollars.

Adenuga, the founder of Globacom and a billionaire businessman, is the chairman of the board of Conoil.

In addition to being the oil company’s chairman, the billionaire businessman, who is currently worth $7.4 billion, owns 74.4 percent of Conoil.

The contractors demanded an investigation into Conoil’s “tragic state” in separate letters to the president’s Chief of Staff Ibrahim Gambari and Minister of State for Petroleum Resources, Timipre Sylva.

The aggrieved businessmen claim that Conoil’s board and senior management engage in a variety of unethical business practices to ensure that contractors are not paid.

The accusation comes nearly five months after Conpurex, a wholly-owned Conoil subsidiary, was dragged to court by creditors over a $7million debt.

In addition to the recent contractor accusations, the oil and gas company was accused of failing to properly maintain multimillion-dollar platforms, with creditors pointing to joint ventures between the Nigerian government and Conoil, which they said were a dismal failure.

Conoil was also accused of mismanaging the Nigerian government’s Obodo Field, and of being nothing more than a general contractor.

The company failed to develop, according to the contractors, as the field has yet to produce a single barrel of oil in the 15 years that the oil company has been involved in the project.