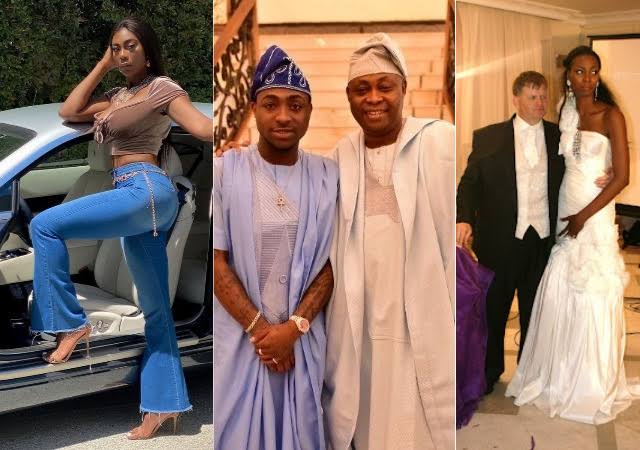 US-based model and actress Faith Morey has revealed that she and her husband are divorced.

The divorce Is coming weeks after a popular Nigerian blog alleged that the actress had a relationship with Davido’s father, Adedeji Adeleke and even bought her a car.

Morey confirmed her divorce in a recent interview with Vanguard Allure. She explained that though they were separated she was lucky to have met her husband.

She said: “Love doesn’t know skin colour or race; it is universal. I was lucky to have met my ex-husband; he taught me to be open to other cultures, food and tradition. I will say, I’m more open-minded due to my relationship with him.”

When asked about the consequences of posing nude at the peak of her career, she replied: “Right now, I will say I have outgrown that; but in the peak of my career, I did some semi-nude and, of course, lingerie model paid more.”

Meanwhile, Nigerian crossdresser James Obialor popularly known as James Brown has penned a lovely tribute to his colleague and media personality Denrele Edun, recounting how he has been an inspiration to him.

The social media post comes as a surprise to many of his fans considering Bobrisky brought James Brown to the limelight but the duo got separated over some issue and online drama.

Related Topics:US Based Actress Announces DivorceWeeks After Rumours Of Relationship With Davido’s Dad
Up Next