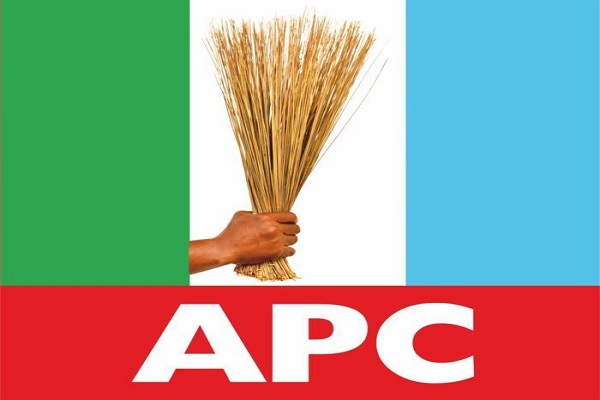 The current use of the term ‘Consensus’ and even abuse of it by the ruling All Progressive Congress, (APC) which only serves as an alibi for a paranoid but powerful faction of the party mortally scared of open, fair and free contest is alarming and worrying.

If they eventually have their way in the party, then obviously the presidential election for next year will be doomed to another “Consensus” in which they will muster all and everything to ensure that their party “Consensus” candidate became the national “Consensus” president with elections only as a hollow ritual to confirm their chicanery.

What is happening in the ruling APC especially the intrigues to foist a presidential candidate through dubious consensus has broad and far reaching implication for the country’s democratic process in general and the presidential election scheduled for next year in particular. If the party hierarchy or a powerful faction of it is unwilling to test the popularity and acceptability of its plethora of aspirants in a fair and competitive primary electoral process, there is little chance that it would be willing to do so on a national scale based on a credible multi-party competitive electoral process.

Consensus is not a simplistic method of asking other aspirants to step down, while a preferred choice of anyone is foisted and shoved down the throat of others and followed with elaborate blackmail and inducement, while compelling the rank and file to queue behind. There is no doubt that a candidate, who emerge as president from such narrow conspiratorial gambit would be mere hostage to the faction that enthroned him or her and would be unable to attend to the challenges of the country.

Political consensus in the case of party organization is an elaborate process of consultations that takes place at all levels of the party and is generated through rigorous interface of with all organs of the party. Consensus which is a general agreement is generated from across the board and takes time to mature, take shape and agreed upon. It is never the decision of any one person or just group of persons, no matter how highly placed. The decision of one person or group of persons can only be consensual if ever, if it is tested through elaborate framework of dialogue and consultations across all party organizational structures and the real crux of democratic consensus is the forbearance of time and patience invested to engage all stakeholders in achieving it.

Political consensus is never generated or arrived at through the kind of expediency or political fiat with which the current chairman of the ruling APC was appointed.

Senator Abdullahi Adamu, who admitted that 30 days prior to his appointment, he never contemplated the position, however, attributed his emergence to “God” but as God, ever merciful and compassionate does not issue rejoinder or rebuttals, the matter is left there as in the many cases of several others, who stumbled into fortunes at the expense of others who worked hard without lifting a finger.

How would Senator Abdullahi Adamu be a consensus? What issues revolve around him and what is known of his views on party organization, ideology and policies. Beyond his rhetoric that he is on a mission to deliver on the president’s instructions and orders for which he threatened not to tolerate “failures”, what are these instructions and do they enrich the party organizations, enhance efficiency and competence and more importantly, generate framework for building consensus through elaborate consultations within the party and even beyond?

Should the method of appointing Senator Adamu as a party chairman, which is the most sinister abuse of the beautiful idea and concept of political consensus, be allowed to stray further to the presidential primaries of the party scheduled to hold this week, then democracy is not only betrayed but one man, President Muhammadu Buhari who is its most ardent and strident beneficiary have elected to be its most cynical grave digger.

Against all odds, President Buhari must resist desperate shenanigans of the self-interested clique around him and allow for open and fair contest both in the party primary and subsequent general election. His legacy is in danger of being tarred by those whom history will not remember or recall their roles. He has done his best and does not need to micro-manage the transition process to his successor. His work for the country would justify itself either for continuity or abandonment by his successors and any thought that his legacy would be best secured by imposing a successor even an unworthy and unpopular one, is both unscientific and a reckless toy with the verdict of history.

According to reports, a swath of the presidential aspirants on the platform of the ruling party is dutifully chorusing their consensus to the possibility of “consensus” arrangement. Their alibi is that the party is supreme and as party men and women, they would abide by its decision. But party is not abstraction or a lifeless machine. It is a living organism whose lifeblood is its organization and core principles generated from mutual exchanges and interactions within and across its membership at its various units and organs.

Party itself is a general agreement of principles and policies on a platform at which all its members unite and stand together. Those presidential aspirants of the ruling APC rallying around the subterfuge of “consensus” at this late hour, when it is almost impossible to achieve any general agreement on any issue with the supreme necessity of elaborate consultations across the board are recruited spoilers and history of party politics in Nigeria would be uncharitable to them. Those who have no vision to offer the country and therefore, cannot vigorously canvassed any at a time, their party members and the country at large is most prepared to scrutinize policy platforms should decently excuse themselves from the process and not cowardly queue behind a sinister and amorphous ‘consensus’.

After nearly 20 years of party politics and civil political process, the core fundamentals of the country’s political process, is supposed to be firmly established. But a paranoid faction and clique would always emerge at critical moments of the country’s political life to hold it by the jugular. Former President Obasanjo after a desperate effort to secure illegal third term tenure, schemed to foist a candidate who was not even initially in the race and true to his own words in a ‘do or die’ fashion foisted him on the country. Obasanjo has retired to the life of personal security and comfort but the legacy of his desperate shenanigans has left most of the country both insecure and uncomfortable.

Nigeria’s next leader must emerge from a life and death struggle against the intransigence and desperation of a callous and self-interested clique or faction to the challenge of establishing a framework of internal party democracy through elaborate consultation and engagement across party organization, tendencies and organs. Those aspirants who chicken out, at the blackmail and manipulations of the powerful and desperate faction have nothing to offer or add to the challenge of creating the indispensable democratic values compatible with establishing a durable democratic framework that is people’s driven, people’s responsive and people’s centred.

For the avoidance of doubts, the ruling APC and the main opposition PDP conventions to select their presidential candidates are too important to be left in the hands of their respective party barons to decide. Party delegates, rank and file members and the generality of Nigerians must stand up to be counted in the mortal battle to take back our country and reposition it to fulfil her manifest destiny of a united, prosperous nation built on equal opportunities for all her citizens.

Related Topics:What manner of ‘consensus’?
Up Next

The many sins of Bola Tinubu