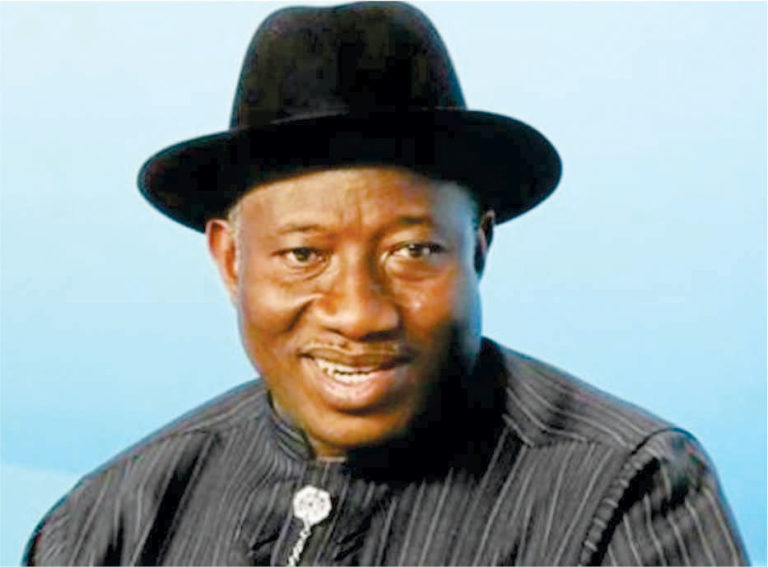 A group within the ruling All Progressives Congress (APC) has raised an alarm over possible emergence of former President Goodluck Jonathan as the flagbearer of the party.

The group, The APC Watchdog, in a statement issued on Sunday by its National Coordinator, Alhaji Wahab Adewale in Abuja stated that the emergence of Jonathan will not serve any useful purpose for members, particularly, its founding members.

Adewale, in the statement yesterday, however stated that President Buhari’s candidate is former President Jonathan.

Adewale said: “We are aware of moves by some elements in the corridors of power to return former President Goodluck Jonathan through our party.

“The move, which is being coordinated by a governor, but we say to those plotting this scheme that it is unfair and will not do the APC any good. They should desist forthwith in the interest of all our members.” The group wrote.

According to the APC Watchdog, the candidature and likely emergence of former President Jonathan will be toxic for the APC owing to the acrimous buildup and the eventual circumstances in which the APC dislodge him from power.

“We recollect with nostalgia how we laboured day and night to put the APC together before eventualiy dislodging the PDP.

“How then can anyone in the party and government conceive or contemplate the rerun of the same person whom we insulted and vilified as our presidential candidate 7 years after?

“This is what we are finding very difficult to come to terms with the possibility of having the same person as our flagbearer.” The group wrote.

The group added that the likely emergence of Jonathan is capable of eroding the legacy of President Buhari and that APC cannot put its Presidential ticket at risk.

The group also added Jonathan’s roots is in the PDP and that handing the ticket over to him would be a great disservice to founding fathers of the APC.

The group accused PDP of harbouring a sinister motive to takeover the APC citing the emergence of the National Chairman, National Secretary, Woman Leader amongst others.

“This is a ploy of the PDP to take over power through the back door and we dare say that it’s foot soldiers have commence the process of returning Nigeria to the horrible past of massive, unbated corruption and gross violation of rights and abuse of justice.” The group wrote.

The APC also queried the eligibility of Jonathan to serve in office beyond the 8 year constitutionally guaranteed tenure.

It also accused the former President of self-centeredness as he would only serve for just 4 years before power oscillates back to the North.

will open up the office of the President to North after 4 years.

“The point that we are making is that he cannot be President for longer than 8 years because he has taken oath of office thrice already; as acting president, as president to complete the tenure of late President Yaradua and then as substantive president till 2015.” The group said.

“The ploy is a NORTHERN agenda with reports revealing us that of 3 northern governors one of them scheming to be the running mate of former President Goodluck Jonathan are involved.” The group wrote.

According to the group, fielding Jonathan will open the APC to several litigations and court cases that would linger, slow down the process of meeting INEC’s deadline and can potentially deny the APC of having a Presidential candidate in 2023.

The group stated that the former President has been rejected by party members and the general public.

He wondered “Assuming he gets the ticket and becomes the party standard bearer, the risk of being rejected is very high, within and outside of the party.

“Bringing him back by APC after the same opposition that fought him for 5 years (2010-2015) and sent him packing on the gross rejection by Nigeria would mean a validation that PDP and APC are one and the same and are truly two sides of the same coin.”

He further ponted out the dangers of a Jonathan presidency in 2023, saying the former will return to seek revenge on those that he perceived to have persecuted him.