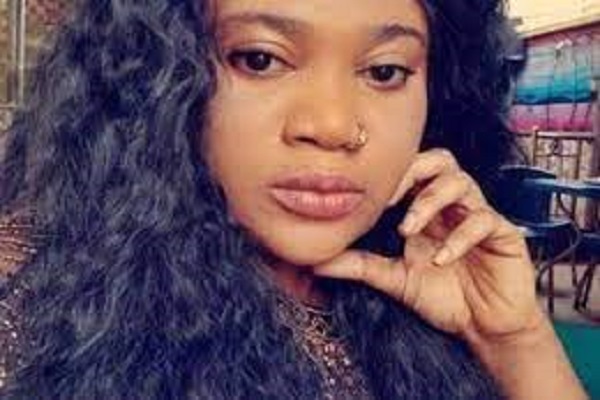 Actress Esther Nwachukwu has backed up her colleague Nkechi Blessing after the latter revealed that she had stopped wearing underwear since she turned 18.

She directed her rants towards Nkechi’s ex-lover Opeyemi Falegan, describing him as a kiss-and-tell man.

She said women, especially those endowed with bigger booties, do not care for underwear any longer.

She said the highest they can do is to choose g-strings when they are wearing skirts.

According to Nwachukwu: “See ehn, sometimes it’s good to be a witch. For you to see somebody’s heart before you go into a relationship with that person, trust me. Falegin or Falegan please do yourself a favour and stop talking. Because I don’t understand.

You are only disgracing yourself because number 1 nobody will want to date you right now. Because they already know that you are a kiss and tell.

“Stop talking with your false accusations. No woman wears pants for a complete day not to talk of three good days. In fact people go without underwear these days, especially us with bigger booties.

” If we choose to, we might decide to just wear g-strings especially when we wear skirts. And we can never wear that g-string for a complete day

“Bro you are disgracing yourself. Stop talking because you are obviously a kiss and tell. If not for Nkechi Blessing who dated you, I would ever have known you. Nobody would have known you.”

Related Topics:Women no longer wear pants – Esther Nwachukwu
Up Next

Weeks After Rumours Of Relationship With Davido’s Dad, US Based Actress Announces Divorce