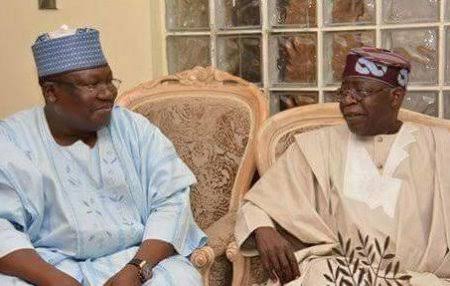 The call was made in a statement by the Bola Tinubu campaign organisation through its spokesperson, Bayo Onanuga.

The statement also commended the Jigawa State Governor, Abubakar Badaru for his decision to step down from contesting the All Progressives Congress (APC) presidential ticket.

The call follows the decision of President Muhammadu Buhari to throw his weight behind the emergence of a southern candidate as the party’s flagbearer during the APC presidential primaries.

President Buhari on Saturday supported the rotation of power to the South in the 2023 general elections.

The President stated this while speaking in at a dinner with All Progressives Congress (APC) presidential aspirants at the Aso Rock Villa.

This is coming after ten northern governors under the platform of the ruling party asked President Buhari to back a southerner for the party’s presidential ticket.

The northern governors in a communique also advised northern presidential aspirants to withdraw from the race, ahead of the party presidential primary fixed for the 6th of June.

The governors advised president Buhari to pick his preferred presidential aspirant from the region.

Reacting, the Tinubu campaign organization urged all northern aspirants in the race for the APC ticket to step down their ambitions in the interest of fairness and justice.

“We enjoin other aspirants such as the Senate President Ahmad Lawan, Governor Yahaya Bello and former Governor Ahmed Rufai Sani Yerima to also bow out of the race. History will be kind to them all,” Onanuga said in the statement.

“We salute the courage of the APC governors from the north for their patriotic decision to sustain the unity of the country and that of the party. The decision of the Northern APC governors has once again confirmed that our country will make tremendous progress when the bond of our unity is strengthened and preserved,” he added.

He added that the APC’s support and respect for zoning has proved that the ruling party has the interest of Nigeria at heart unlike the opposition Peoples Democratic Party (PDP).

He urged Nigerians to vote for the party when the time comes for the 2023 presidential elections.

“Our APC northern governors have shown that the APC believes in power rotation in the true spirit of national equity and justice, unlike the opposition Peoples Democratic Party that abandoned its zoning policy for hegemonic political expediency, ethnic and religious calculations that grossly undermined the party’s commitment to the 1999 constitution.

“Asiwaju Bola Ahmed Tinubu believes that our country does better when leaders across the country rise above personal, ethnic and religious sentiments to uphold justice and fairness.

“These governors are patriots and honourable men who will be remembered for acting to save Nigeria from potential political crisis and another round of national distrust and mistrust.

“With this decision, the future of APC as the governing party in Nigeria is very bright as a true national party. The party can now proceed to hold the convention as a united, strong and viable political platform by electing a capable presidential flag bearer in whom the Nigerian people can invest their trust by supporting him to win the general election.

“We are confident that the delegates will make the right choice by giving Asiwaju Bola Ahmed Tinubu the honour of flying the flag of APC as our presidential candidate in line with the expectation of President Muhammadu Buhari that the candidate of our party must be one who can win election, who is acceptable to all Nigerians and one who can give Nigerians a sense of confidence and victory.”

Related Topics:2023: LawanYahaya Bello Asked To Step Down For Tinubu
Up Next