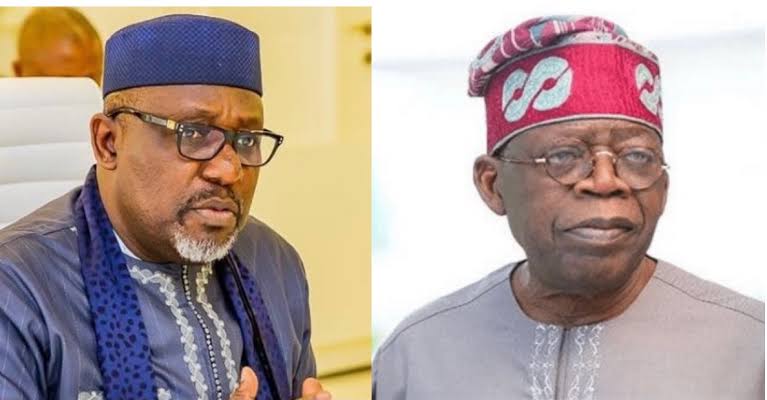 Former Governor of Imo State, Rochas Okorocha on Monday congratulated the National Leader of the All Progressives Congress, Bola Tinubu on his victory in the party’s presidential primary.

Recall that Tinubu had defeated Okorocha, former minister of Transportation, Rotimi Amaechi, Vice President Yemi Osinbajo and other presidential aspirants to emerge as the presidential candidate of the ruling party.

The lawmaker representing the Imo West senatorial district who hoped to clinch the presidential ticket of the ruling party had zero votes in the party’s presidential primary.

Okorocha in a statement released on his Facebook page on Monday wished Tinubu success ahead of the 2023 general election.

The former Governor commended all the presidential aspirants that contested for the APC presidential ticket on the 6th of June.

Okorocha in the statement wrote, “I want to congratulate Asiwaju Bola Ahmed Tinubu on his victory at the Presidential primaries of our Party, the All Progressive Congress.

“I also want to wish him success as he heads to the polls ahead of the 2023 general election.

“My commendations also go to all who participated in the APC party primaries in a bid to get the Presidential ticket.”

UPDATE!! Reno Omokri Reveal How Atiku Abubakar Made His Money

Ebonyi Will Never Be Part Of Biafra, Umahi Tells IPOB