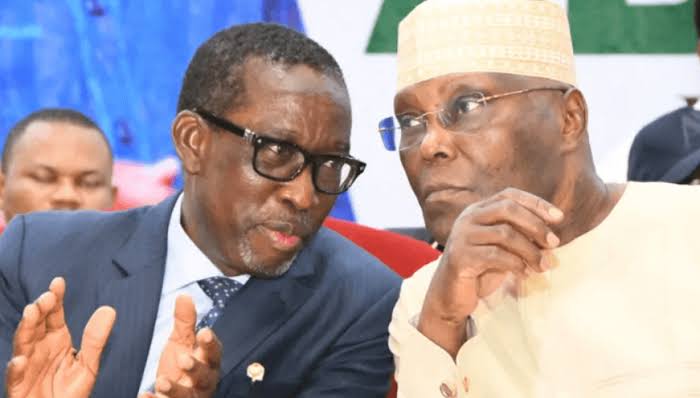 Dr. Ifeanyi Okowa, the current Governor of Delta State, has divulged that agreeing to be the running mate of Alhaji Atiku Abubakar comes 2023 election was the best decision for him.

While stating his aspiration that a day will come when an Igbo-speaking man would become Nigeria’s president, said it would have been a disservice on his part if he had turned down the offer to be Vice to the Peoples Democratic Party (PDP) presidential candidate.

Recall that Track News Nigeria had earlier reported that after his success as PDP’s presidential flag-bearer at the conclusion of primary election, Atiku disclosed that Okowa would be his running mate.

Atiku praised Governor Okowa saying the politician possessed all the qualities needed for the job of a Vice President.

Okowa had also accepted the call and pledged to work together with the former vice president in the interest of a better country.

Okowa who appeared on Channels Television’s Politics Today asserted that, “It would have been a disservice on my part to have turned down the Vice President nomination. I am a party man.”

The number one citizen in Delta State maintained that he is an Igbo man and that “the time will come when an Igbo man will become the President of Nigeria.”

In another exclusive interview covrred in Asaba, the capital of Delta State on Thursday, Okowa appreciated Atiku and Iyiorcha Ayu, the National Chairman of PDP, for their backup and nomination for his candidacy.

Okowa expressed that the Atiku/Okowa joint ticket is for feat, hope and the only ticket that will take the mantle of leadership from the present administration in 2023.

As he said, Nigerians need to pray, be resilient and be hopeful, noting the process of furnishing the country and giving hope to the youth, women and indeed Nigerians has begun.

Related Topics:2023: Okowa Reveals Why He Accepted To Be PDP's Running Mate
Up Next