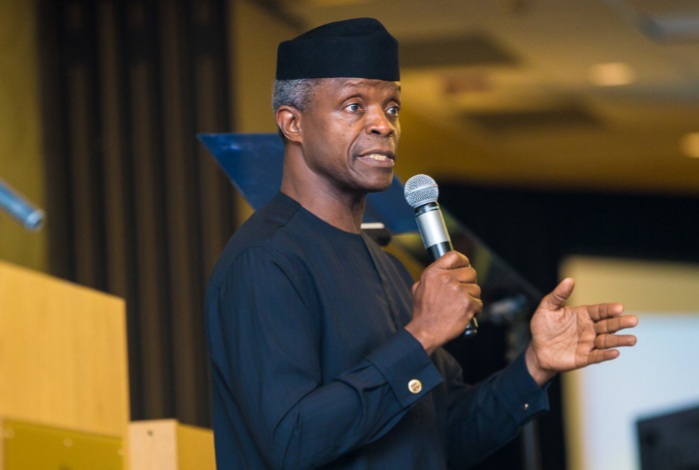 Vice President, Yemi Osinbajo on Sunday debunked the report that he has stepped down for a presidential aspirant under the All Progressives Congress, ahead of the presidential primary of the party.

The campaign council of the vice president cleared the air in a statement released through its chairman, Richard Akinnola II.

Akinnola noted the people behind the fake news are “afraid of the huge political support base of the Vice President, Prof. Yemi Osinbajo.”

The campaign council further stated that the VP is ready for the presidential primary of the ruling party scheduled for June 8-9.

The council also welcomed all delegates who are coming for APC primary election at the Federal Capital Territory.

The statement reads partly, “welcomes our distinguished delegates from across the country to Abuja for our presidential primaries.

“As you settle down in Abuja, we implore you to kindly disregard various fake news making the rounds that Prof. Yemi Osinbajo has stepped down.”

Osinbajo would be hoping to clinch the ticket of the ruling party with much desire to take over from his principal, President Muhammadu Buhari at the end of his tenure in 2023.

Related Topics:2023: Osinbajo Speaks On Stepping Down Ahead Of APC Primary
Up Next