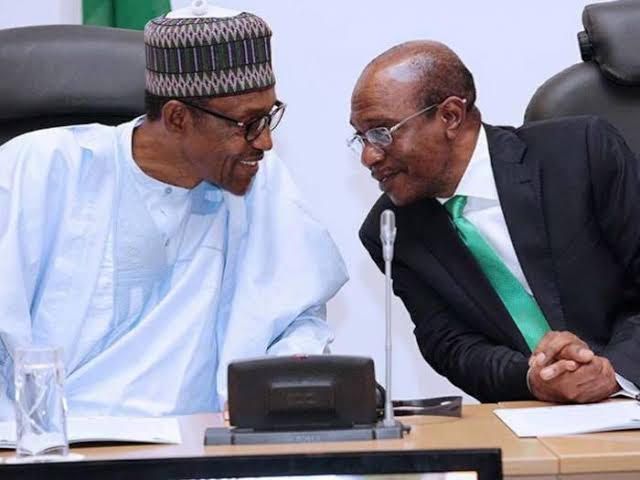 The President of the country, Gen. Muhammadu Buhari, has backed Godwin Emefiele, who is the current Governor of the Central Bank of Nigeria (CBN) over his bid to become President.

Buhari faulted the claims of many people, noting that there was nothing wrong with his decision and he did not contravene the CBN Act in the race at all.

In an interview, Buhari commented the lane was on the CBN’s Board of Directors to declare whether Emefiele had failed the code of conduct of the peak of the banks in Nigeria.

“The CBN governor is appointed by the President. But this appointment is subject to confirmation by the Nigerian Senate.

“Ultimately, it will be for the CBN’s board of directors to determine whether a CBN governor’s actions have fallen foul of the laws in place to ensure he can most effectively carry out his duties.

“But there is a subtext to the accusations. Because the governor follows a model outside of the economic orthodoxy, he is labelled political. But the orthodoxy has proved wrong time and again.

“Instead, the governor is following an alternative economic model that puts people at the heart of policy. Nigeria should be free to choose its development model and how to construct our economy, so it functions for Nigerians.”

Recall that Emefiele had earlier been said to have been working on a presidential ambition with his posters and branded buses seen across the country with criticisms following as the reactions of many.

Related Topics:2023:  Presidency Reinforce Emefiele Over His Bid
Up Next