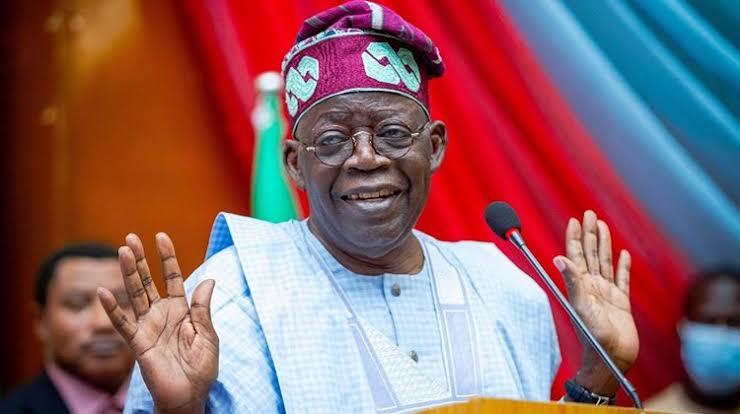 The presidential flagbearer of the All Progressives Congress, Asíwájú Bola Tinubu, has officially submitted his completed nomination forms to the Independent National Electoral Commission, INEC.

This was revealed on Friday via a statement signed by his spokesperson, Tunde Rahman.

The statement read, “We wish to reiterate that HE Asíwájú Tinubu now stands ready to contest the February 25, 2023 presidential election to deliver progressive good governance to our people,” he said.

Asked to comment on who was chosen as the running mate of the former Lagos State governor, Rahman disclosed that he cannot speak on it.

He, however, gave an assurance that the name will be officially ‘announced later.’

“Asiwaju completed the forms and signed. He had to return himself. His running mate will be announced later,” he said.

However, Director of Tinubu Campaign Organisation, Bayo Onanuga told our correspondent that Masari’s name was submitted to INEC.

“Yes, he is Ibrahim Masari. He once worked as a member of the National Working Committee when Adams Oshimhole was in charge of the APC excos.

“He is not really a surrogate per se. He is just holding forth. The electoral act stipulates that candidates have the window period to substitute up till sometime in August.

“Asiwaju will use that time to continue consulting with the party, governors and the president. He is taking his time and doesn’t want to rush it,” he said.

“He just wants to carry everybody along. Even the elections will take place in 2023 and the campaign wouldn’t start until September. The window period is still long. There is no need to rush anything about it. I think we have fulfilled our own part by submitting the name as required before the window of INEC deadline closes,” he said.

Related Topics:2023: Tinubu still searching for a running mateMasari will be replaced [DETAILS]
Up Next