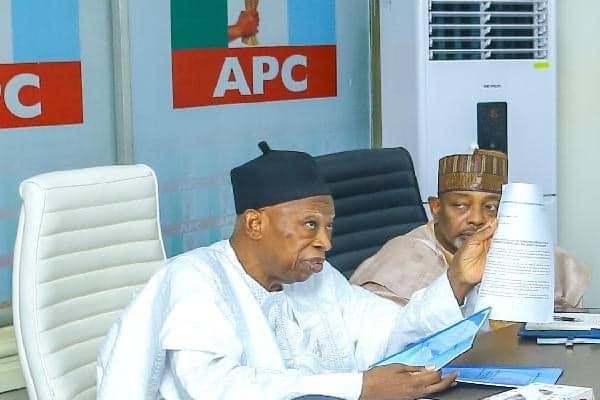 Ahead of the June 6 to 8 special Convention of the All Progressives Congress (APC), the leadership of the party has constituted 18 Sub-Committees to oversee its success.

Legal: Abubakar Malami SAN, Attorney General of the Federation and Minister of Justice.

Co-Chair: Ahmed Wase, Deputy Speaker of the House of Representatives.

Accreditation of Diplomats – Ovie Omo-Agege, Deputy President of the Senate.

Gov. Muhammad Inuwa Yahaya of Gombe will chair the party’s Budget Committee, while the Minister of Finance, Hajiya Zainab Ahmed, will serve as the Committee Co-chair.

Meanwhile, decoration and finishing touches are being done at Eagle Square, the venue of the APC primary election. Security is also getting tight at the venue, and people are no longer getting easy access to Eagle Square.

2,340 delegates are expected to vote at the convention. They have arrived in Abuja.

Investigation shows that hotels around the city are fully booked.

Though 23 presidential aspirants from the country’s six geopolitical zones have gone through all the purchase processes of forms and screening, according to the chairman of the Presidential Screening Committee, John Oyegun, 13 passed the screening exercise.

Despite the screening report, the APC National chairman, Abdullahi Adamu, said they had disqualified no aspirant.

President Muhammadu Buhari, at a dinner with the party’s presidential aspirants on Saturday night, urged them to reach a consensus and produce a formidable flag bearer.

In the meantime, 11 APC governors from the North had in a statement declared their support for the presidential flagbearer to come from the southern geopolitical region of Nigeria. They further urged all aspirants from the North to withdraw from the race.

As APC stakeholders continue to meet and negotiate ahead of the primary, it is expected that the number of the party’s presidential aspirants will drastically reduce before the polls on June 7, 2022.

APC Primaries: Yahaya Bello Reveals What To Do If Buhari Picks Concerns Candidate