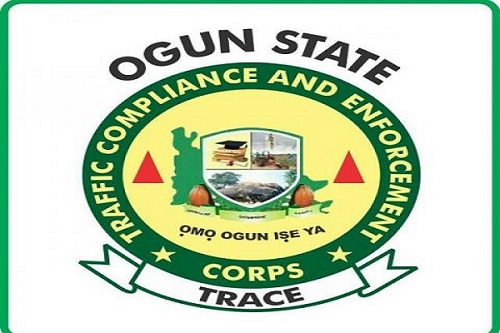 No fewer than 500 teachers in primary and secondary schools in the Ado-Odo Ota Local Government Area, Ogun State to be trained by the state Traffic Compliance Enforcement Agency (TRACE) on road safety initiatives to stem the rise in road traffic accidents involving pupils.

The agency said the two-day ‘Train the Trainers Training (TTT)’ would focus on effective traffic control, while those trained would be saddled with imparting the knowledge garnered to other teachers.

He said: “The Traffic Control training for teachers is actually targeted at reducing fatalities suffered by children, especially during school hours. It is our belief that when teachers are adequately informed about the rudiments of traffic control and Road safety, it will be transmitted down to the students, to reduce the ugly incidences of road crashes involving school children.

“Comparative data of the first three months of road crashes as it occurred in the last three years recently released from our agency shows a total of 518 crashes, with 163 deaths and 916 injured within the period across the state. The data shows 32 per cent of these crashes, injuries and deaths involve hapless children.

“Most of the crashes involving school children occur when coming to schools or closing from schools. It is particularly higher when crossing the roads for most of them who are inclined to crossing the road in a hurry to either get to school because they are late or want to get home early.’’

Added to this is the over-speeding and impatient nature of motorists, especially Okada riders and tricycle operators on mostly narrow and overcrowded roads, scouting for passengers and trying to outrun their fellow riders. These unhealthy road attitudes serve as precursors to road crashes involving school children.

“Another precarious challenge with school children is the fact that some do not know how to cross the roads properly.

“So, the need to have well-trained road crossers from among school teachers should be a welcomed idea, which the training programme is about to provide to the array of schools in the Ado-Odo- Ota Local Government Area and environs.

“Some private schools have taken the initiative by employing expert children crossers, but not all the schools can afford such personnel, especially government schools, so the need to carry the training of the teachers is apt at this time and should be embraced by all schools. With the success of the programme in Ado-Odo, we hope to replicate it in other parts of the state.” Ogunyemi said.

Ogunyemi added: “The programme is more of a practical one than theoretical involving other facilitators from sister agencies, including the Federal Road Safety Commission (FRSC), who will be presenting in colours the various road signs, their meanings and purposes. ‘’

“The Red Cross Society will take the teachers through the rudiment of crash victims rescue, which is a very important technique that people need to be acquainted with. The Nigeria Police will also take participants on how to incident crash cases and other legal angles.”

According to the TRACE Commander, the training is part of the initiatives aimed at reducing the number of crashes in Ogun last year.

Related Topics:500 for training on road safety
Up Next